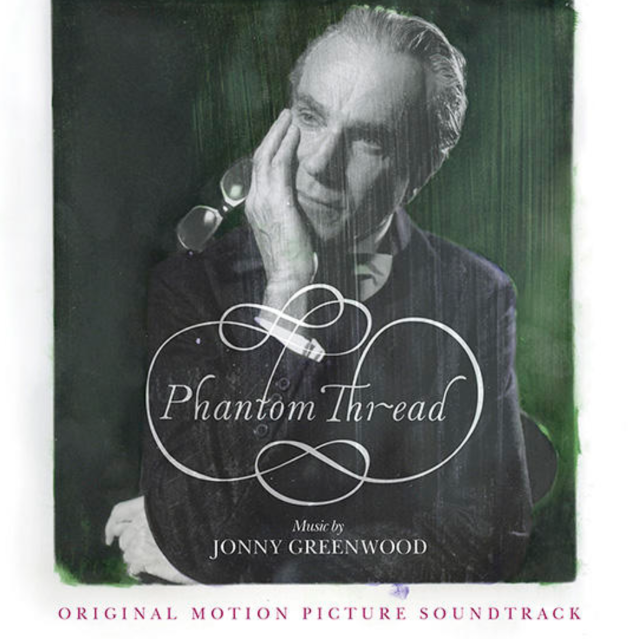 The Lowdown: The fourth collaboration between Radiohead guitarist Jonny Greenwood and writer-director Paul Thomas Anderson replicates Phantom Thread’s golden age of couture with lavish strings that embolden the story but occasionally overshadow the unease at its emotional core.

The Good: Greenwood excels at embodying fashion designer Reynolds Woodcock’s obsessive, cold, and, at times, cruel demeanor through his orchestration. Just as Woodcock enjoys embroidering secret messages inside the lavish garments he creates for London’s elite, the true intentions of Greenwood’s score are often hidden below the surface, like the quiet piano line of “Alma”, which is overlaid with strings that border on fragility but pivots on its coda into a reflection of the main characters’ cautious passion.

The Bad: With a massive orchestra at his disposal, Greenwood sometimes lets the lavishness of golden stemware and impeccable bow ties spill over and drown the sparse passages of unease that serve as Phantom Thread’s emotional center. In a film that literally features an elephant traipsing through a New Year’s Eve ball, it is the crack of a spoon hitting an egg and the averted gaze that follows that ultimately lingers longer. Listening to Greenwood’s score in isolation, those instants aren’t immediately conjured in the same way There Will Be Blood forever conflated the frenzied striking of cellos with the silhouette of a drill tower.

The Verdict: Music in all of its messy splendor has always been of paramount importance in conveying the tales Anderson wishes to tell. While Phantom Thread may offer the most straight-forward narrative of Anderson’s career, Greenwood gives listeners a reason to keep digging, thus furthering the life of a film that questions the importance of legacy and what ultimately lasts. In the case of Greenwood and Anderson’s partnership, hopefully they’ve only just begun to establish their legacy together.

Essential Tracks: “House of Woodcock”, “Alma”, and “For the Hungry Boy”