A track from the upcoming basketball film Uncle Drew, based on Kyrie Irving's Pepsi commercials 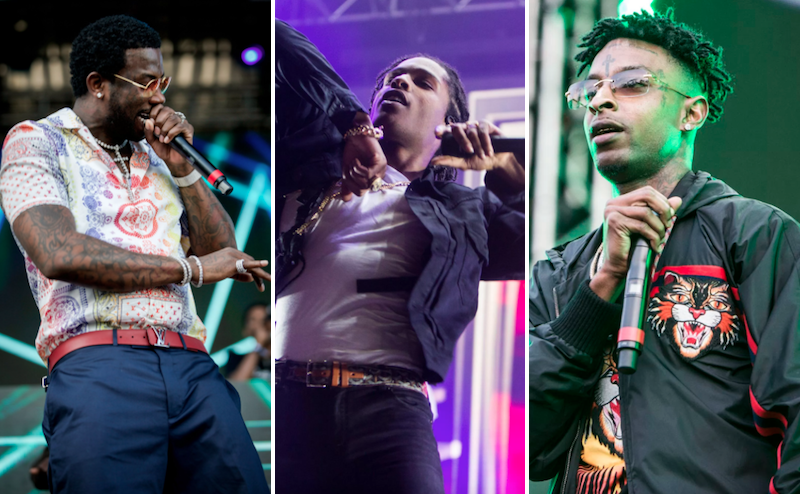 Lionsgate put together an all-star roster for their upcoming basketball comedy Uncle Drew. Based on the character played by the Boston Celtic’s Kyrie Irving in a series of Pepsi ads, the movie stars Irving, Shaquille O’Neal, Reggie Miller, Nate Robinson, Lisa Leslie, Lil Rel Howery (Get Out), Tiffany Haddish, and Nick Kroll. The talent pool extends beyond what’s on the screen, too, as a group of high-profile hip-hop stars contributed the first single to the official soundtrack.

The OST cut “Cocky” features a foursome of rap’s finest: ASAP Rocky, Gucci Mane, 21 Savage, and producer London on Da Track. The hard thumping track is loaded with all the braggadocio you’d expect from a track with that name, as the MCs drop bars over the sounds of sneakers on a court. Take a listen below.

Uncle Drew is out June 29th. Read the synopsis below, followed by the official trailer.

After draining his life savings to enter a team in the Rucker Classic street ball tournament in Harlem, Dax (Lil Rel Howery) is dealt a series of unfortunate setbacks, including losing his team to his longtime rival (Nick Kroll). Desperate to win the tournament and the cash prize, Dax stumbles upon the man, the myth, the legend UNCLE DREW (NBA All-Star Kyrie Irving) and convinces him to return to the court one more time. The two men embark on a road trip to round up Drew’s old basketball squad (Shaquille O’Neal, Chris Webber, Reggie Miller, Nate Robinson, and Lisa Leslie) and prove that a group of septuagenarians can still win the big one.