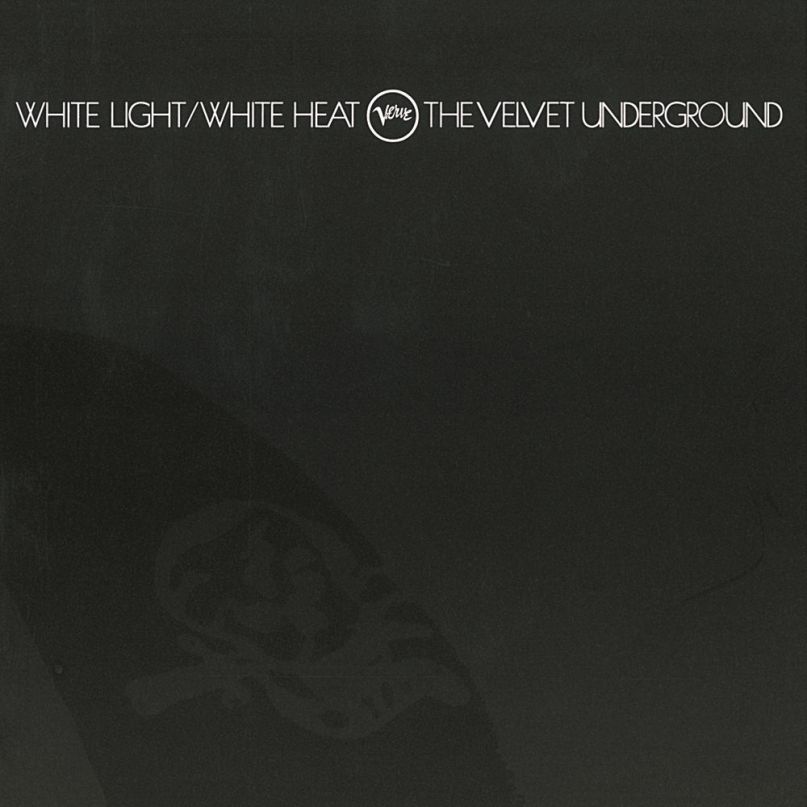 As far as sophomore album’s go, The Velvet Undergound’s White Light/White Heat is extraordinary, both for its unapologetic abandonment of the mournful moods established by their debut and for its dissonance, which replaced the measured doses of pop art-minded bliss (inspired by Andy Warhol and contributed by vocalist Nico) with a total overdose of arty audacity and even aggression in their absence.

On its 50th anniversary, the record holds up as an outrageously unique collection of weird ideas and organically driven psychedelic soundscapes. It elevated the instrumental, mental, and sexual tension that encapsulates what the Velvets were all about and allowed for its individual players to act out sonically. Singer/guitarist Lou Reed, bassist John Cale, guitarist Sterling Morrison, and drummer Maureen Tucker were all clearly challenging themselves, their listeners, and each other on this one, and the result feels like precursory punk rock, especially listened to today in the context of all that came after it.

In an interview with David Fricke for Mojo, marking the record’s 45th anniversary re-issue, guitarist Sterling Morrison explained, “Maybe our frustrations led the way … But we were already pretty much into it. We had good amps, good distortion devices. We were the first American band to have an endorsement deal with Vox.” The album, he contended, “was just us using the Vox amps and playing them emphatically.”

But White Light/White Heat was a lot more than an excuse for the band to tune out and amp up; it was an opportunity to redefine who they were, to defiantly lay to record what it was they were doing onstage at the time, thus making it their most representative raw and true recording, a six-song snapshot of the late-’60s New York avant-garde music and party scene. Fueled by escapist environments, their boho brethren, the harsh realities of NY urban life, and probably some pretty good drugs, the band captured attention with their dark and dramatic aesthetic and complex sound. Their association with art scene hip kids notwithstanding, their live performances lacked pretention (even when they were over-the-top poetic) and often ended in instrumental freak-outs.

While White Light was an entirely different cup of Sunday morning tea (excessively spiked, best listened to after a long night that probably never ended), it does maintain moments of Warholian hedonism. Andy suggested the black cover, after all. Also, the catchy, chorus-driven title track that opens the record kind of recalls the exuberance of the debut’s more upbeat moments and might be one of the strongest numbers of their entire catalog. David Bowie sure liked it, even giving it renewed appreciation when he put it out as a single in conjunction with the opening of the Ziggy Stardust concert film (recorded in the ’70s, but released in the ’80s). By contrast, the 17-minute psych-tinged climax, “Sister Ray”, might start out straightforward but veers off wildly. It’s a tempestuous tale of drag queens, sailors, orgies, shooting up, and murder backdropped by Cale and Reed’s rhythmic clash of chords and effects. Recorded in one take, it was apparently so assaultive live, according to Reed, that the engineer walked out before it was laid down.

In between these memorable bookends, there’s the bizarre narrative of “The Gift”, featuring an academic-sounding Cale spinning an ill-fated tale of young love over a snarling guitar jam (best heard on headphones as it was recorded so the vocal is heard on one speaker and the music on another); “Lady Godiva’s Operation”, a sardonic yet sweet ditty about a transsexual’s lobotomy; “Here She Comes Now”, the album’s most simplistic number, which sounds like a holdover from the Nico era and provides a break from the visceral blasts that surround it; and the garage-y goodness of “I Heard Her Call My Name”, a feedback-laden, schizophrenic Stooges kinda jam.

Dusting off the original ’68 album, side one features the varied tempos and staggering vocals of the first four songs while side two is a notably more frenzied experience, punctuating the mottled radiance of the collection with a rousing climax. That’s probably the most authentic way to enjoy White Light/White Heat, but the “Super Deluxe” 2013 version (available on most streaming services) has some extras (live versions, mono versions, and bonus tracks) that add dimension to VU’s evolution, especially that of Cale and Reed. Their often contentious relationship reached a breaking point after this record, but both continued to capture beauty in chaos when creating and producing music separately for years to come. It may not be their most celebrated recording, but its uncompromising spirit never dimmed for Cale (who’s played these songs at VU-inspired shows in Paris and the UK the past couple years) or for Reed, who was a rock ‘n’ roll rebel right up until his light finally burned out for good.