Company of Thieves offer Track by Track breakdown of their new EP, Better Together: Stream

Chicago natives complete their comeback with a five-track collection 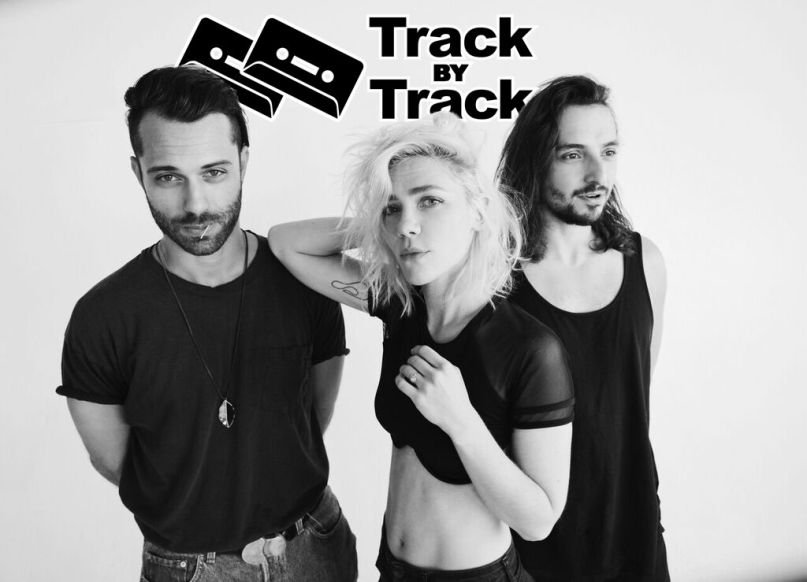 Company of Thieves Track by Track, photo by Shervin Lainez

Track by Track is a recurring new music feature in which an artist breaks down every song on their latest effort.

Chicago natives Company of Thieves broke out from the city’s indie rock community thanks to the success of their single “Oscar Wilde” on alternative radio in 2007. From there, they signed to Wind-Up Records, re-releasing their first album, Ordinary Riches, in 2009 and the excellent Running From a Gamble two years later. For a variety of reasons, the band decided to take a hiatus in 2013, and a third effort never came.

Then on Halloween weekend in 2016, the three-piece reconvened on a camping trip to Big Sur, California. While spending quality time off the grid, they realized it was time to make music together again. Unfortunately, their label shut down just six days later, and the world changed when Donald Trump was elected US President soon thereafter.

The reunion of Genevieve Schatz, Marc Walloch, and Chris Faller wasn’t to be stopped, however, and the group used the political climate to inspire their music. “Our country was corroding from the inside in total division, our culture on fire with blame and hatred,” Schatz tells Consequence of Sound. “We were going through a roller coaster ride of emotions and ached to speak out, stand up and sing for what we know to be true: That we are all, in fact, better together.”

Thus Company of Thieves chose to name their new EP Better Together, a five-song collection which mines from both old and new material. The lead single, 2017’s “Treasure”, channels their emotions following the election, while “Window” picks up from an unfinished track they started writing before they went on hiatus. Check out the whole thing below.

To give further insight about Better Together, Schatz takes us through the EP Track by Track and shares how Company of Thieves put the new material together.

“Treasure”:
This was the first song that came through us when we reunited. We were at Marc’s apartment in LA shortly after the election. I came over in distress and he said he was feeling like writing something with bite, with an edge, so he picked up the baritone guitar, started strumming the chord progression and I started singing the melody, just like that. It felt like it was handed to us.

We talked a lot that day about how easy it can be to give in to the darkness of “separateness” and to point fingers others for causing feelings we don’t want to experience, but ultimately we say “NO” to that path and “YES” to togetherness.

When we went to record vocals, there was this radio interference from a national station with a man’s voice talking about U.S. citizens exercising their constitutional right to assemble. He kept asking “Why are they doing this? They must be doing this for some other reason.” It interrupted our workflow as we tried to figure out how to get a quiet signal. After hours of troubleshooting, we realized we shouldn’t let that energy interrupt our message. So we hit record and had the voice be a part of the song to show that it didn’t silence us.

“Window”:
We started writing this song right before we went on our hiatus but never figured out how to perform and record it in a way that felt right to us. Thankfully, the years we spent apart allowed for growth and a fresh perspective to apply to this song. It’s extremely fresh — it was literately finished right before leaving for this tour.

“Younger”:
We started working on this one after we released Running From a Gamble. We were really struggling to take care of ourselves and make ends meet as young twenty-somethings. All we had ever known was making music and being in bands, so life started to feel like a game or a dream or a movie replaying over and over, presenting lessons at every turn that we hadn’t quite learned yet. The bridge on the original demo had so much anger in it, so now that we have had some time away and a lot of healing, it has become more honest and heartfelt, we have a lot of gratitude for what we have gone through. Real love never dies!

“Treasure (Live at Reverb.com)”:
We were invited to visit Reverb in Chicago while on our reunion tour last fall and were so happy to hang with the amazing folks over there! This is an intimate version of “Treasure”, much like its original form when it first came flowing through us!

“Oscar Wilde (Live at Reverb.com)”:
This song keeps growing with us and it is the reason why most people have ever heard of our band, so we wanted to share the latest version of our dear friend, “Oscar”, with the world!