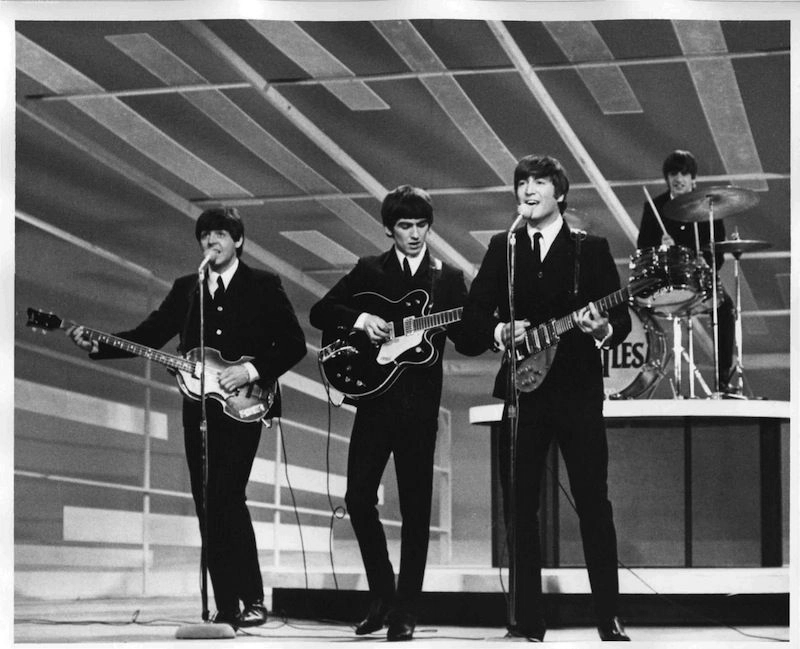 The Beatles on the Ed Sullivan Show

On this day in 1964, The Beatles made their historic debut on The Ed Sullivan Show, performing a set that included “All My Loving” and “She Loves You” in front of a national audience. To celebrate, we want to know your favorite Beatles songs of all time.

Of course, Paul McCartney, John Lennon, George Harrison, and Ringo Starr each had their own respective hits after the break-up of the band, but we’re focusing on songs released by the collective group. It’s hard to argue against some of The Beatles’ classic hits like “Here Comes the Sun”, “Come Together”, “Let It Be”, “Yesterday”, or “Hey Jude” (to name just a few), but their deep cuts feature no shortage of gems, either.

Feel free to consult any of our album reviews for The Beatles and let us know your pick — you can vote in the comments below, or on Twitter or Instagram. We’ll share the final tally next Monday.