Donald Trump thinks movies are too violent, need some kind of “rating system”

Who needs gun regulation when you can give movies ratings...oh, wait 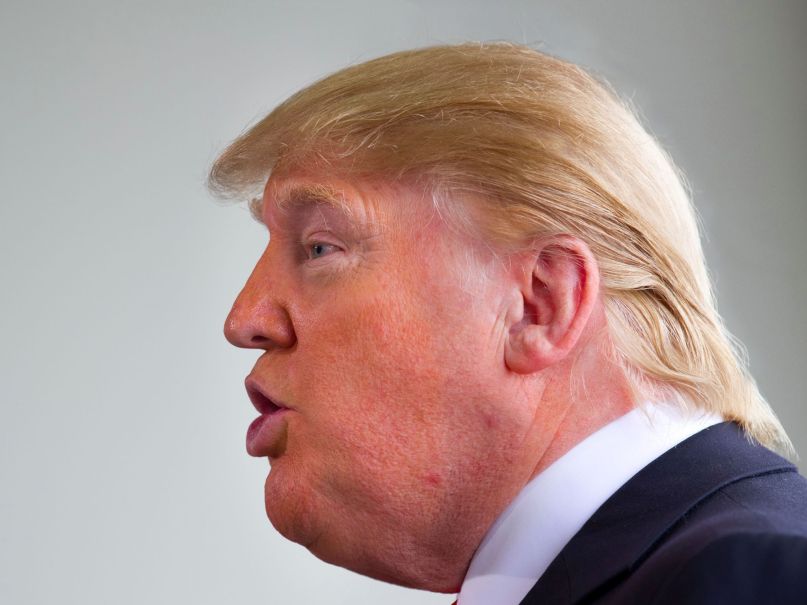 There’s a lot Donald Trump doesn’t know. The lyrics to the National Anthem, for one. Or, you know, how to express empathy. Or, apparently, that movies already have a ratings system.

On Thursday, Trump met with state lawmakers to discuss ways in which to prevent mass shootings like the Parkland shooting of last week and the Las Vegas shooting that took more than 50 lives last year. Instead of, you know, implementing common sense gun regulation, he dusted away the Doritos dust sheathing his brain and started blaming video games and movies. “I’m hearing more and more people say the level of violence on video games is really shaping young people’s thoughts,” he said during the meeting, regurgitating something he vaguely remembers Tipper Gore saying 25 years ago.

Then he started going in on movies, a move that couldn’t possibly be inspired by the fact that he’s completely and utterly despised by pretty much anyone who appears in them these days. “You see these movies, they’re so violent,” he slurred. “And yet a kid is able to see the movie if sex isn’t involved, but killing is involved. And maybe they have to put a rating system for that. You get into a whole very complicated, very big deal but the fact is that you are having movies come out that are so violent with the killing and everything else that maybe that’s another thing we’re going to have to discuss.”

So, wait…does Trump think movies…don’t have ratings? One might give him the benefit of the doubt and say that he’s advocating for a stricter, revamped rating system, but then you’d also not be taking the quote at face value. It is difficult to imagine that someone could be so disconnected from reality, but then you remember the last few years and, well, yeah.

Watch the clip below and decide for yourself.