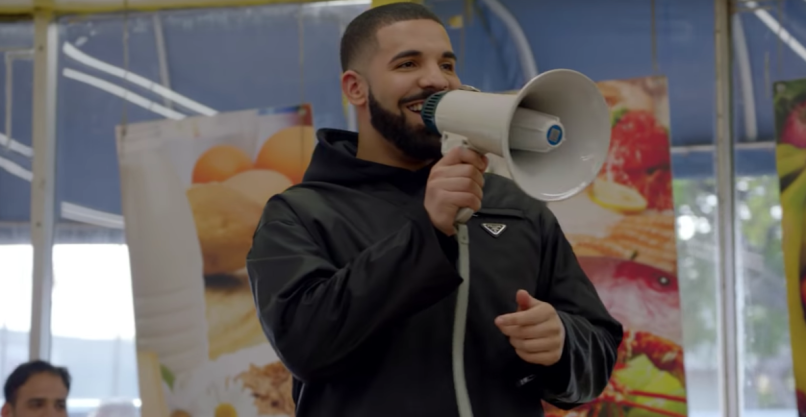 “Bad things/ It’s a lot of bad things/ That they wishin’ and wishin’ and wishin’ and wishin’/ They wishin’ on me,” Drake raps on his latest Billboard chart topper, “God’s Plan”. The Toronto rapper hasn’t let that negativity get to him, however. In fact, in the song’s accompanying video, Drake does nothing but good things. Specifically, he gives away nearly a million dollars to various worthy causes, such as buying people’s groceries, donating to a women’s shelter and a local fire department, and purchasing new vehicles for deserving individuals.

“The budget for this video was $996,631.90. We gave it all away. Don’t tell the label,” reads the video’s opening caption.  At the end, Drake says, “We’re nothing without our mothers. Gotta make sure you take care of your mom, too, no matter what you do. It’s all we got. Trust me. That’s my world.” Watch it below.

In the lead up to the video’s release, Drake called it “The most important thing I have ever done in my career…drop a ???????? if I can share it with you.”

The most important thing I have ever done in my career…drop a 🙏🏽 if I can share it with you.