Fever Ray shares chaotic video for “IDK About You”: Watch 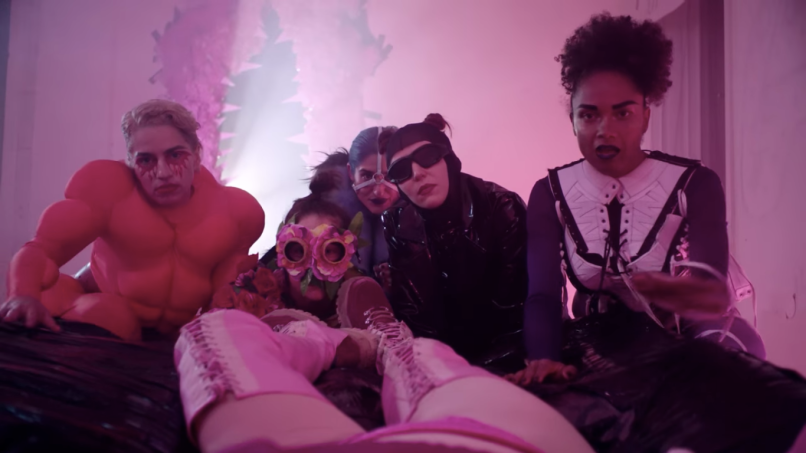 Fever Ray's video for "IDK About You"

Fever Ray, aka The Knife’s Karin Dreijer, continues the long-form narrative she began late last year with the freaky trailers and shorts created in conjunction with her 2017 release Plunge, in which her bald, bone-white persona engages in a nightmarish landscape with an entity she calls The Monster. That story has continued to unfold in videos for Plunge tracks like “To The Moon and Back” and “Wanna Sip”, and rolls on in the new clip for “IDK About You”.

As with all the previous clips, the video is helmed by Martin Falck. In it, a bevy of costumed women descend upon the protagonist in a dirty, dimly lit room filled with Justin Bieber posters, glowing orbs, and scrawled calls to action, not to mention a vaginal doorway rimmed with teeth. Watch it below.


According to a press release, the video also serves as an introduction for Fever Ray’s touring band, which consists of Liliana Zavala, Mikaela Hansson, Maryam Nikandish, Diva Cruz, and Helena Gutarra.

Plunge will be released in physical formats, including on CD and vinyl, beginning February 23rd. You can pick up your copy here. Supporting the release, Fever Ray’s expansive 2018 tour kicks off next week in Vienna, and will land in North America this May. Dreijer will also be stopping by festivals such as California’s Lightning in a Bottle. See her upcoming tour schedule here.