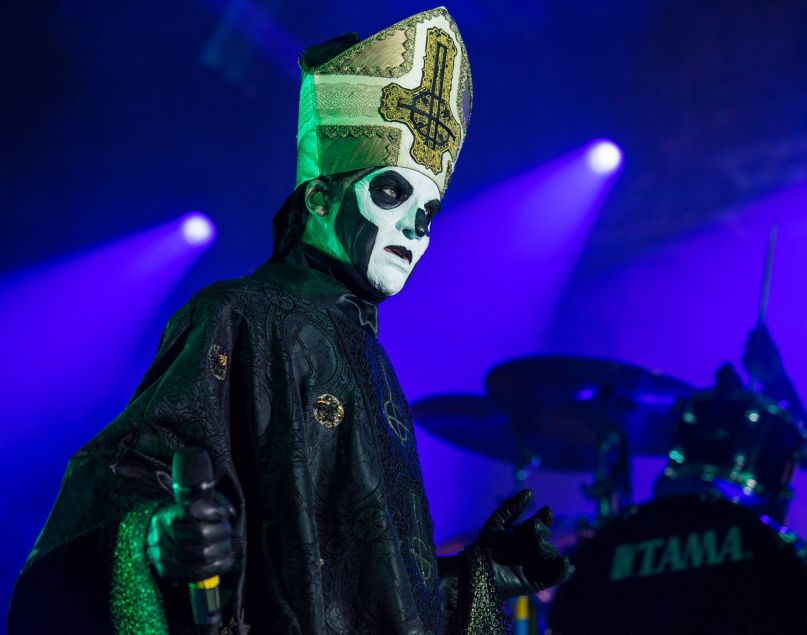 In December, the spooky Swedes of metal outfit Ghost released a live album, the two-disc Ceremony and Devotion. Now, the Grammy-winning rockers are bringing their painted mugs and theatrical horror show to venues throughout North America.

Kicking off in early May, the Rats on the Road Tour spans 20 dates and culminates with an appearance at Rocklahoma. Tickets go on sale this Saturday, March 3rd via the band’s official website, though scaredy cats need not apply.

In a press release, the band also promised that new music is on the way. Their last LP of original material was 2015’s Meliora, though the subsequent, cover-heavy Popestar EP featured a new cut, “Square Hammer”.