Director Andy Muschietti, who previously worked with her on 2013's Mama, has said she's his top choice for the role 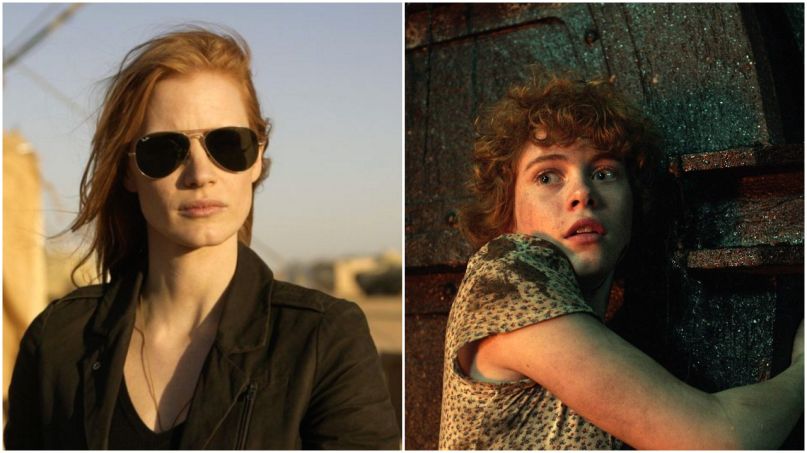 A few years ago, the prospect of an awards-caliber A-lister like Jessica Chastain headlining a Stephen King horror movie would’ve been laughable, but last year’s film adaptation of Andy Muschietti’s It rode a wave of hype and horror to become the highest-grossing horror movie in US history. Couple that with a pair of other recent well-regarded King flicks—Gerald’s Game and 1922 (sorry, Dark Tower!)—as well as the goodwill afforded by the King-aping Stranger Things, and it’s clear the horror author’s Hollywood cache might be higher than it’s ever been. As such, Chastain is currently in talks to play the grown-up version of Losers’ Club member Beverly in the film’s highly anticipated sequel.

Of course, this all doesn’t come as much of a surprise. Muschietti and Chastain previously worked together on his horror hit Mama, and he’s mentioned in interviews that Chastain would be one of his top choices for the role. Rumors have also spread about an It post-credits sequence featuring Chastain, though that remains as murky as Pennywise’s sewers.

Speaking of Pennywise, it’s been confirmed that Bill Skarsgård will return as the fear-devouring clown and that the first film’s youngsters will also be playing a role. Filming is said to begin this summer with the goal of a September 6th, 2019 release date.

In the meantime, catch up on all things King with Consequence of Sound’s own Stephen King podcast, The Losers’ Club, which just launched the first of a three-part series on Pet Sematary.