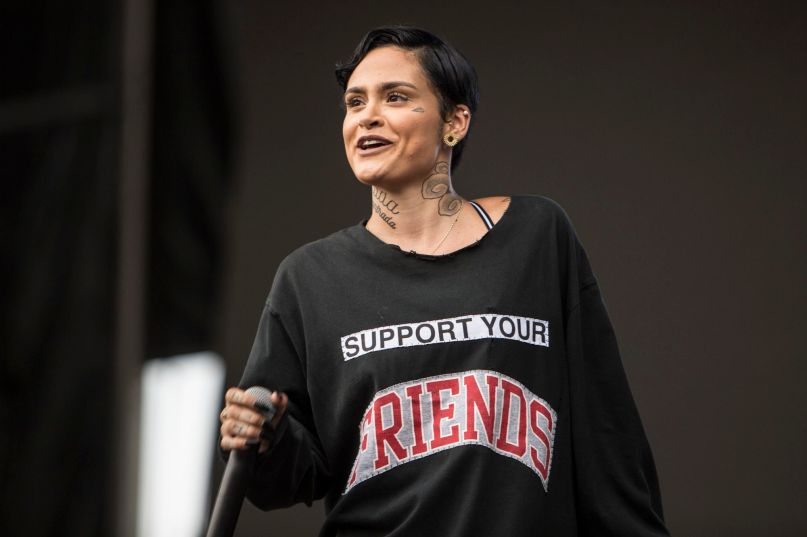 R&B singer Kehlani had an eventful 2017, having released the well-received SweetSexySavage in addition to collaborations with Calvin Harris and Lil Yachty (“Faking It”), Cashmere Cat (“Night Night”), and G-Eazy (“Good Life”). Near the end of the year, she also started dropping some standalone singles—“Honey” and “Already Won”—and now she’s back with her first new piece of music of the year.

Called “Again”, the track finds Kehlani’s impassioned vocals soaring over mellow, circuitous strums that simply serve as backdrop to some emotional verses. “I wish I was sorry/ Damn, I wish I was sorry/ That I don’t know how to stay away,” she cries out in between verses about a tortured romance. Listen to it below.