As Kendrick performed the song, Rich the Kid destroyed an expensive sports car. 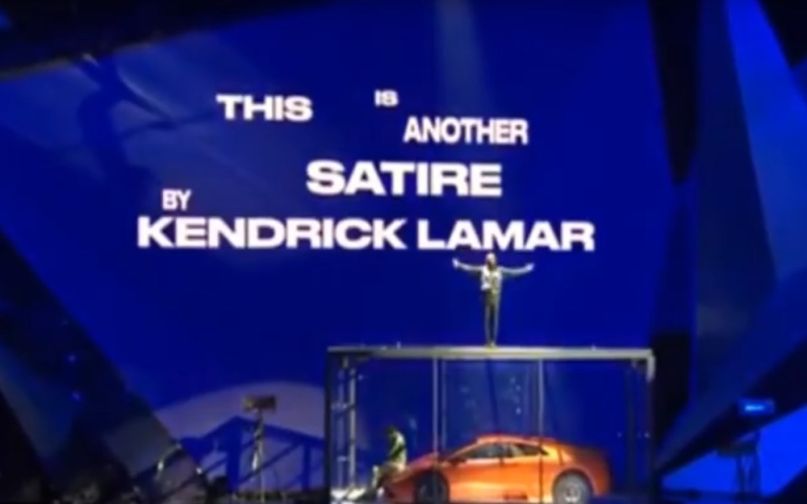 Kendrick Lamar at the 2018 BRIT Awards

After winning a BRIT Award for International Male Solo Artist tonight, Kendrick Lamar took the stage for a performance of his song, “FEEL.”, from one of 2017’s best albums, DAMN.

As the stage was bathed in blue light, Kendrick rapped the song while standing atop a glass box encasing a sports car. Calling back to his recent Grammys performance, a message reading, “This is another satire by Kendrick Lamar,” was then displayed on the screen behind him. The Compton MC continued with his verse on Rich the Kid’s “New Freezer”. While Kendrick performed the song, Rich the Kid destroyed the car below.

Kendrick Lamar also made a statement with a vehicle at the BET Awards back in 2015 when he performed atop a graffitied police car. FOX News’ Geraldo Rivera criticized the performance a few days later with comments that were then sampled throughout DAMN.