Liam says he and Noel never reconciled: “It was me drunk”

As Liam explains: "It was Christmas and mom was always going, 'calm down." And I had a couple of drinks and I put it out there." 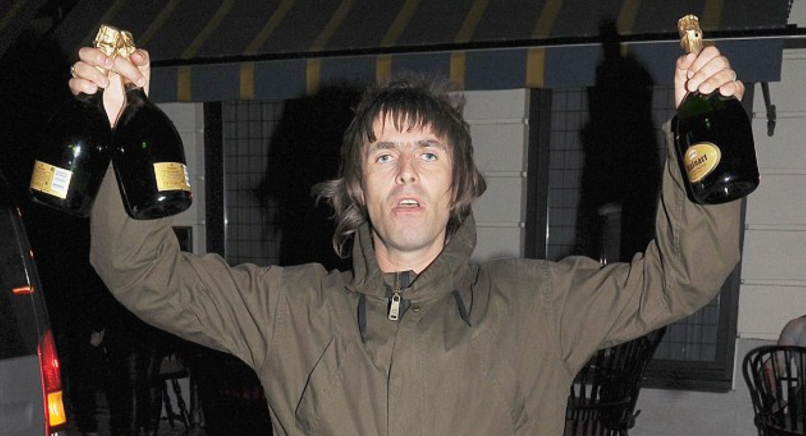 Over the holidays, Liam Gallagher revealed that he and brother Noel Gallagher had reached a truce. “It’s all good – season of goodwill and all that, you know?” Liam tweeted at the time. No less than two weeks later, however, the brothers were back to fighting. Noel mocked Liam for using an “army of songwriters” in writing his debut solo album. Liam responded by tweeting, “When was the last time you and your purists had a HIT?” When a fan then asked about the brothers’ supposed truce, he responded, “Fuck the truce.”

Well, as it turns out, there was never actually a truce to begin with. As Liam himself revealed in a new interview with NME, his was drunk when he tweeted about their reconciliation. “It was Christmas and mom was getting on me. And I had a couple of drinks and I put it out there,” Liam explained. “It was me drunk.”

Throughout the interview with NME, Liam professed his love for Oasis and his interest in reuniting the band under the right circumstances. But when it comes to Noel, Liam said “I’ve got nothing to apologize for… he was the one who split up the band.”

When the interviewer asked what it would take for such a reunion to become possible, Liam explained, “[Noel and I] would have to sit and have a chat.” He said the “dynamics of the band” had changed given the success of his own solo album, explaining, “If this album hadn’t gone well… I would have been his little bitch. But it has gone well and the dynamics of the band have changed.”

“I’ve got a bit of [cache]. It’d have to be on both our terms,” Liam continued. “I would give it all up if it was on the right terms. It should never have been about — yeah, you wrote the songs, but you live a different lifestyle than the rest of the band. That’s a recipe for disaster. It goes to your head.”

Liam was also asked about recent comments he made indicating that he tried to reunite Oasis sans Noel. He confirmed that was true, but added, “I was drunk during that too.”

Watch the full interview below (Liam’s comments about Noel begin at the 17:20 mark).