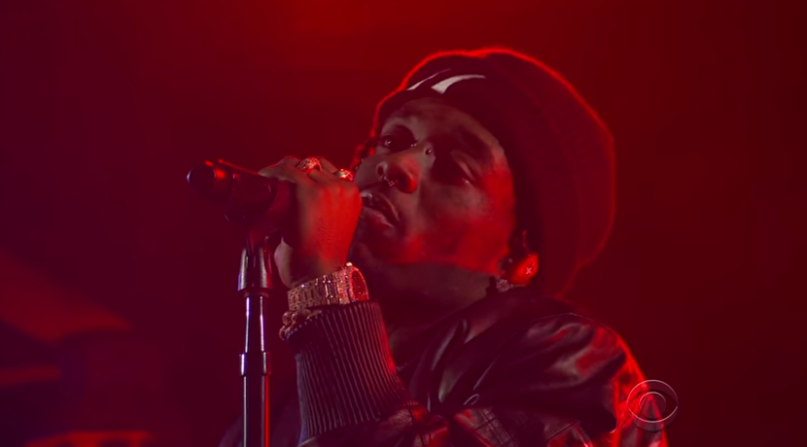 Bucking presumable career trajectory trends, Lil Uzi Vert managed to get a Grammy nomination before he ever performed on late night television. Though he left the awards ceremony empty handed, he finally made his TV debut Monday evening with an appearance on Colbert.

The young Philadelphia MC chose a moody single for his first televised performance, delivering “Way Life Goes” from last summer’s Luv Is Rage 2. Backed by The Tonight Show house band, Jon Batiste and Stay Human, Uzi paced the stage while singing the autotuned ballad. Instead of repping his hometown Eagles the day after their Super Bowl upset victory, he wore a Bad Religion tee and a giant wallet chain.


Check out the replay below.