From their upcoming acoustic album, Nudes, due out on March 2nd 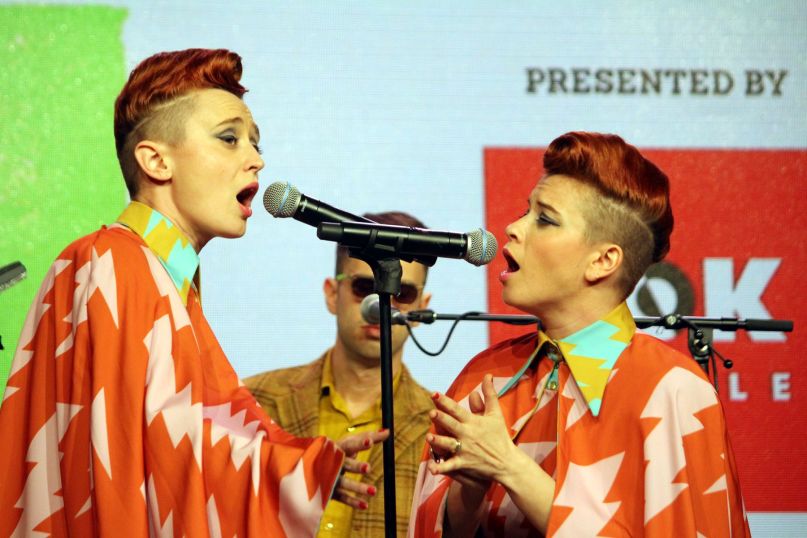 Indie-pop duo Lucius are prepping an acoustic album, Nudes, which is due out March 2nd via Mom + Pop Music. According to a press statement, the record contains 10 songs that were “chosen specifically to showcase their soulful, powerful voices and gorgeous harmonies.” Among them are three brand new tracks, four compositions from the band’s back catalog, and three covers. Now, Lucius has shared one of the latter, a strummy, snappy reinterpretation of Tame Impala’s majestic “Eventually”.

They’ve also shared a music video for the cut, which highlights the phenakistoscope insert that will be included with the albums’ deluxe vinyl edition. Watch it below.

Lucius will also celebrate the album with an acoustic tour of North America, which kicks off with a sold-out, three-night residency at Los Angeles’ Largo. They’ll follow the acoustic tour with a slot at Knoxville’s Big Ears Festival and a few dates alongside Portugal. The Man. Grab tickets here.