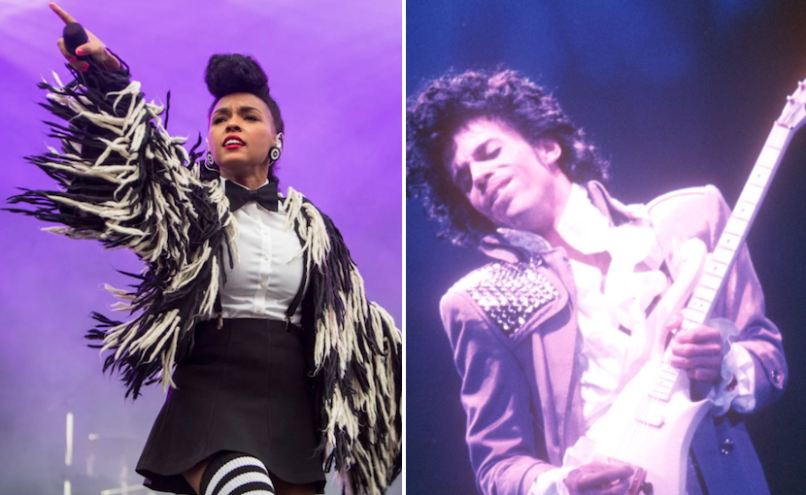 It was obvious as soon as Janelle Monáe dropped the video for her new song “Make Me Feel” that Prince was a major influence on her upcoming album, Dirty Computer. The future soul singer had a close relationship with the late icon, so his having an impact on her music is far from surprising. It looks like Prince’s contributions to Monáe’s new LP were more than inspirational, however, as he reportedly contributed to the production of Dirty Computer.

Prince’s DJ, Lenka Paris, let slip in a since deleted Facebook post that she instantly recognized the “Make Me Feel” synth line as a Prince creation. Some time ago, she was playing a party for Prince when he put on a new groove on which he’d been working. “It was futuristic and so so good,” Paris wrote. “Last night I hear Janelle Monae’s new song. As soon as the synth came in, I went, ‘Oh shit! That’s it!’ He gave that to her.”

Paris also pointed to Monáe’s recent interview with BBC Radio 1’s Annie Mac in which she said, “Prince actually was working on the album with me before he passed on to another frequency, and helped me come up with sounds. I really miss him, it’s hard for me to talk about him.” She echoed those sentiments in a feature for The Guardian, saying she and Prince had been “collecting sounds” for Dirty Computer before he died.

So it turns out that Prince did the music on the new Janelle Monae track, "Make Me Feel", according to his DJ, Lenka Paris 🙂 pic.twitter.com/FqosHWK5MZ

The exact extent to which Prince was involved in the rest of Dirty Computer isn’t clear, but presumably the production credits will reveal all when the The Electric Lady follow-up is released on April 27th.

Previous Story
Grimes says her “final album for my shit label” will be “highly collaborative”
Next Story
State of the Empire Episode 48: The Future is the Past
Popular
More Stories
[fu-upload-form form_layout="media" title="Submit Your Photo"][input type="hidden" name="ugc" value="1"][/fu-upload-form]