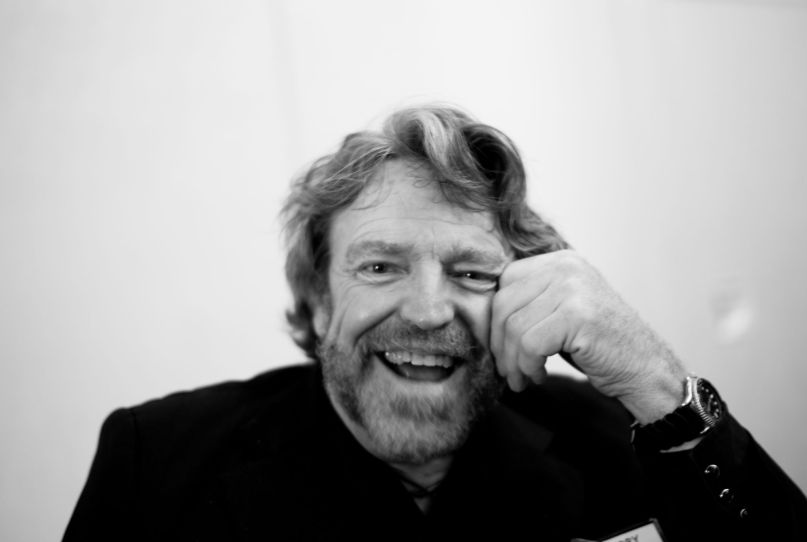 John Perry Barlow, a renowned poet, essayist, activist, and former lyricist of Grateful Dead, has died at the age of 70.

News of Barlow’s death was announced Wednesday by the Electronic Frontier Foundation, a non-profit digital rights group co-founded by Barlow. The organization’s mission, in Barlow’s words, was to make the Internet “a world that all may enter without privilege or prejudice accorded by race, economic power, military force, or station of birth . . . a world where anyone, anywhere may express his or her beliefs, no matter how singular, without fear of being coerced into silence or conformity.”

Prior to his Internet activism, Barlow was the one-time writing partner of Grateful Dead’s Bob Weir, and is credited for co-writing Grateful Dead classics like “Estimated Prophet”, “The Music Never Stopped”, “Hell in a Bucket,” and “I Need A Miracle”. He and Weir met at Colorado Springs, Colorado’s Fountain Valley School, where the two went to high school together. It was Weir who first formed the Dead and invited Barlow to join. Though Barlow never actually sang with the group, he remained a nonperforming lyricist from 1971 to 1995.

Weird and Barlow’s collaboration came after the former had a falling out with the then-resident Dead lyricist, Robert Hunter. Shortly after that, in the fall of 1971, Weir had a solo deal to complete and he reached out to Barlow for assistance. This session led to eventual staples “Cassidy”, “Mexicali Blues”, and “Black-Throated Wind” and the birth of a timeless writing partnership. Barlow would go on to write a handful of songs with other Grateful Dead members, including “The Devil I Know” with Vince Welnick and four tracks from 1989’s Built to Last with keyboardist Brent Mydland.

Beyond music, Barlow spent nearly two decades performing animal husbandry on his family’s Wyoming ranch and was a respected political activist. He once served as Dick Cheney’s western Wyoming campaign coordinator in a 1978 Congressional campaign, at the time calling him “the smartest man I’ve ever met.” Ahead of Cheny’s run for Vice President, however, Barlow said he “has the least interest in human beings of anyone I have ever met.”

Those his political allegiances would often shift as a byproduct of his libertarian views, he was a valiant fighter for freedom of the people. In addition to the EFF, he co-founded the Freedom of the Press Foundation and served on its Board of Directors until his passing. FPF is known as a champion of journalists and whistleblowers like Daniel Ellsberg and Laura Poitras, both of whom have served on its board; Edward Snowden joined in 2014. With a mission of “promoting and funding aggressive, public-interest journalism focused on exposing mismanagement, corruption, and law-breaking in government,” it was the FPF that helped develop SecureDrop to aid in getting around the WikiLeaks financial blockade and creating an open-source whistleblower submission system.

Barlow had been in poor health since 2015, with a heart attack keeping him from attending the Grateful Dead’s Fare Thee Well shows. He is survived by his wife, Elaine, and their three daughters, Amelia Rose, Anna Winter, and Leah Justine.