Run the Jewels are the 2018 Record Store Day Ambassadors

"i was told i can park anywhere now," says El-P 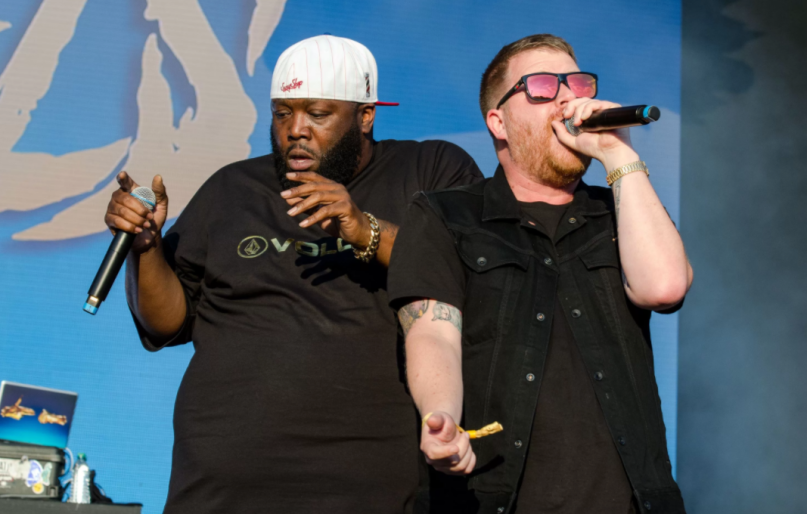 On April 21st, vinyl enthusiasts will descend on independent record stores across the nation in celebration of Record Store Day. This year, those music fans will have their hands locked in the fist and gun position, because Run the Jewels have been dubbed the 2018 RSD Ambassadors.

“BRING ME MY SCEPTER AND CEREMONIAL ROBE,” El-P tweeted gleefully, announcing the news, “FOR @runjewels ARE THIS YEARS RECORD STORE DAY AMBASSADORS. i was told i can park anywhere now.” The duo’s Twitter account also revealed the official RSD Ambassadors badge, as you can see ahead.

BRING ME MY SCEPTER AND CEREMONIAL ROBE, FOR @runjewels ARE THIS YEARS RECORD STORE DAY AMBASSADORS. i was told i can park anywhere now. https://t.co/muDPN7s2Kt

In an accompanying video statement, RTJ shout out the record stores that helped mold their musical experiences. They also tease what they themselves will be releasing for RSD 2018: a golden deluxe collectors edition box set and a 12-inch featuring remixes and new material. Killer Mike hints that one of those RSD exclusives will feature an “ill redesign by Marvel [Comics] of our cover,” though he didn’t specify which cover. Check out the clip below.