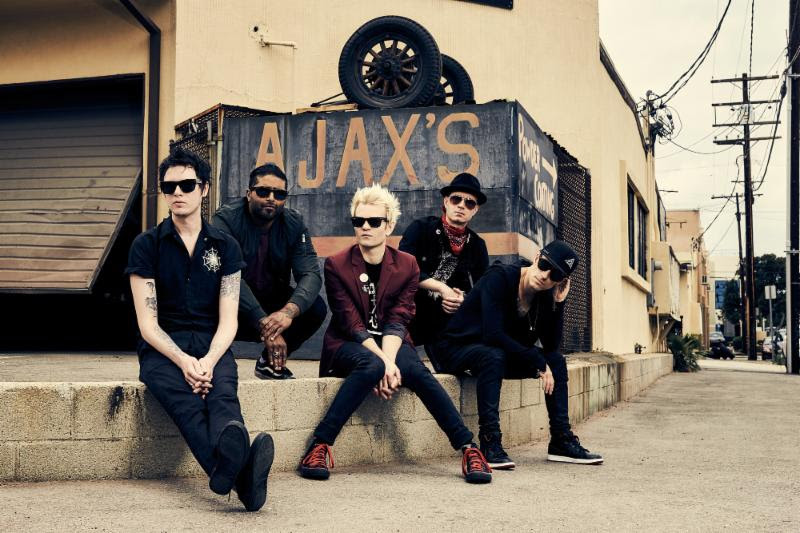 A few years ago, Sum 41 frontman Deryck Whibley was on death’s door following a lengthy alcohol addiction. Since recovering, however, the pint-sized punker has dropped another Sum 41 album, 2016’s 13 Voices, and returned to the stage. Now, the band has announced they’ll be embarking on a 15th anniversary tour of their 2002 album Does This Look Infected?. Joining Whibley will be original members Dave “Brown Sound” Baksh and Cone McCaslin, as well as drummer Frank Zummo and guitarist Tom Thacker.

The North American jaunt will sprint through 20 cities through April and May, during which the band will burn through hit singles like “Still Waiting” and “The Hell Song”. Though it follows a 10th anniversary tour of the album in 2012, this will be the first reunion tour for the album featuring Baksh, a key component of the band’s sound.

“This year was meant to be spent working on new music and I hadn’t even realized that it was the 15 Year anniversary of Does This Look Infected?, Whibley says in a statement. “Out of nowhere we started to receive messages from fans asking us to do another DTLI anniversary tour…and when the fans call, we go. This time around is going to be even more special because we have Dave ‘Brown Sound’ Baksh with us! So back by popular demand, we’ll see you on the road this April!”