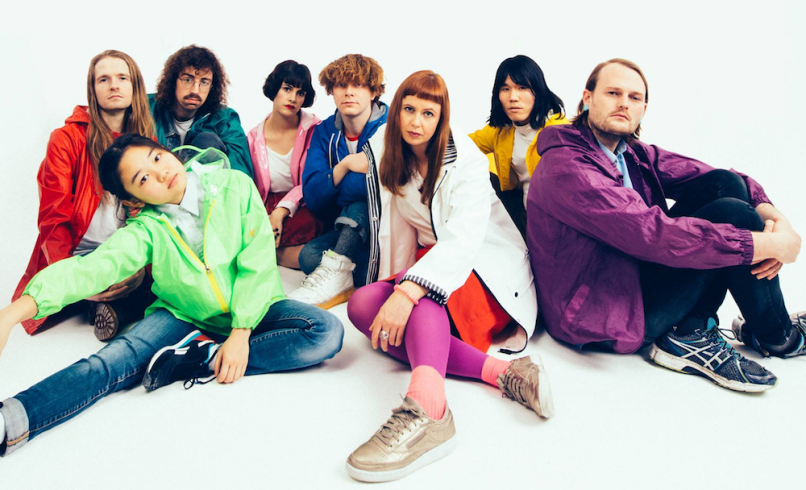 Crowned our Artist of the Month in January, indie pop outfit Superorganism are gearing up to put out their full-length debut on March 2nd. After teasing with a handful of songs —  “Something For Your M.I.N.D.”, “Reflections on the Screen”, and “Nobody Cares” — they’re back today with something a little different.

During a recent session for SiriusXMU, the multinational group decided to tackle a ’90s alt-rock classic, Pavement’s “Cut Your Hair”. Superorganism’s rendition isn’t an exact replica, but they still keep a lot of the Crooked Rain, Crooked Rain original’s whimsical spirit.

Lead singer Orono also does quite a convincing job with her impression of Stephen Malkmus, someone she’s long revered as it turns out. In a recent interview with 88.9 Radio Milwaukee, she spoke about how she often channels the Pavement frontman in her vocal delivery:

“Yeah, kind of like that lazy 90’s kind of thing. People would ask me about my vocal style and people compare it to that girl, Kimya Dawson, and stuff like that. But I more as I’m ripping off what Stephen Malkmus sings like.

When we were working on the album I was listening to a lot of “Pavement”. I was just like ‘I’m going to sing like Stephen Malkmus.’ It doesn’t really sound like Steven Malkmus but that’s what I think in my head.

Listen to the “Cut Your Hair” cover below.