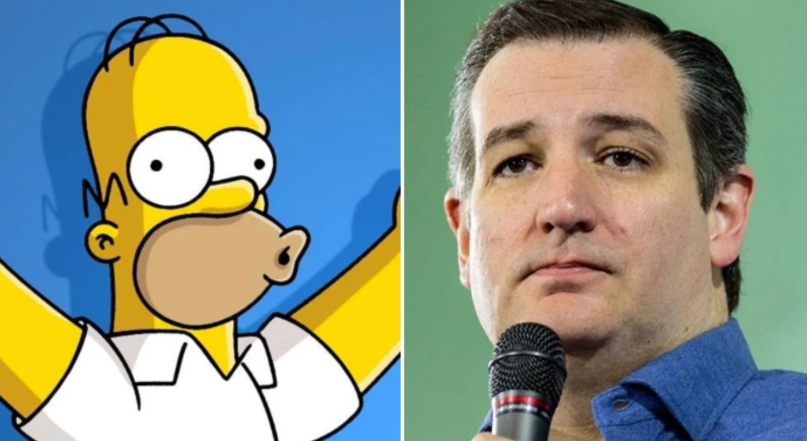 Texas Senator Ted Cruz made a deeply flawed analogy using The Simpsons to explain the difference between the Democrats and Republicans last week which made it clear that he had missed the point of the long-running animated sitcom. It seems like Cruz had an aide attempt to explain the beloved characters to him since the ensuing ridicule, as he was prepared with a more detailed rundown when TMZ caught up with him on Monday.

Once again, Cruz painted Lisa Simpson’s membership in the Democratic party as a negative, ignoring that she was elected president during the series while replacing Trump and inheriting his budget crisis. He also failed to recognize that her intelligence and passion are reflected in future voters like Florida student and gun control advocate Emma Gonzalez. Soon enough, they will be ushering the likes of Cruz out of office.

He described Homer Simpson as an “everyman” who works hard and provides for his family, forgetting that the patriarch has a crayon stuck in his head and somehow caused a nuclear meltdown while participating in a simulation. Bart, on the other hand, he rightly said is a Libertarian. He pointed to Marge as “providing the steady strength” for the family who reins in Lisa’s “overenthusiasm.” As for Maggie, he rambled something about Republicans defending individual freedoms.

Let’s break down Cruz’s argument here. Yes, Homer Simpson is intended to be an everyman, but the point of his character is to illustrate the folly of his behavior, as in the gun control episode which inspired the analogy. He praised Marge for reining in Lisa, but she does the same with Bart and Homer, so that argument falls flat. Cruz also claimed Bart’s “Libertarian sentiment” is reflected in the GOP, but that’s not necessarily true, either.

To close out the video, Cruz revealed the real purpose of analogy by calling out the “humorless shills on the left.” Watch the full clip below.