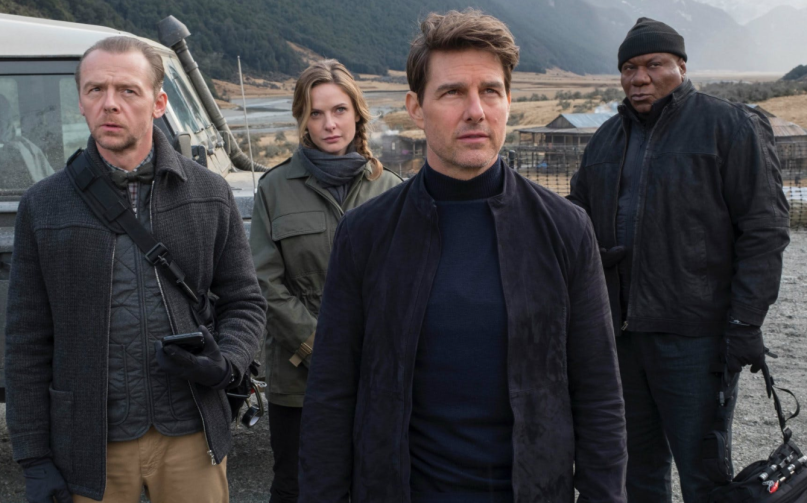 At 55 years old, Tom Cruise remains unstoppable. Case in point: Not even a broken ankle could dissuade the blockbuster star from getting right back on the proverbial horse again and galloping straight ahead for the not-so-proverbial ledge. But that’s why these Mission: Impossible movies are still a thing — Hey, remember when Jeremy Renner was rumored to replace him? Yeah, he’s not even in this movie! — and why we already had Fallout on our top movies to see this year long before we watched the jaw-dropping trailer that Paramount just premiered during the Super Bowl.

Judging from the trailer, it would appear that Rogue Nation director Christopher McQuarrie still has the magic to keep this franchise kicking and screaming and destroying millions of dollars worth of fancy things. Even better, this sixth chapter looks to be moving Ethan Hunt’s story along, seeing how his wife — the one and only Michelle Monaghan, who last appeared uncredited at the end of 2011’s Ghost Protocol — returns to the fold. Other familiar faces include Rebecca Ferguson, Ving Rhames, Simon Pegg, Alec Baldwin, and, yes, a mustachioed Superman, aka Henry Cavill.

Oh, and as for that creepy title, McQuarie recently told Empire it “has multiple meanings in the film, from the literal to the figurative. There is the threat of nuclear terrorism hanging over the movie, which is the literal threat. There’s [also] the notion that what’s happened in the movie is the end result of choices that Ethan Hunt has made in his life. It’s Ethan’s past come back to haunt him. It’s the fallout of all his good intentions.” Granted, the roots of this film date back long before the 2016 election, but hey, it’s good to know our president’s interest in nuclear weapons benefits the movie.

Whoa, who brought the fun dip? Watch the trailer below catch the film on July 27th, 2018.