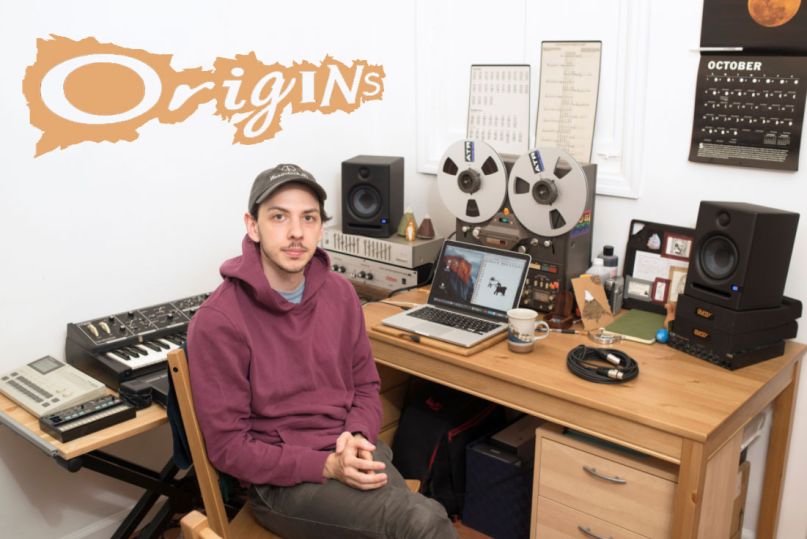 Trace Mountains is the brainchild of LVL UP guitarist Dave Benton, who first started the project to experiment with sounds outside of his mainstay band. After focusing his efforts on running his Double Double Whammy record label and touring with LVL UP, Benton recently rededicated himself to Trace Mountains and is preparing to release the group’s first proper full length, A Partner to Lean On, arriving March 30th through Figure 2 RC.

For the album, Benton leaned on the talents of LVL UP bandmate Nick Corbo on bass, Sheer Mag’s Kyle Seely on drums, and Jim Hill on electric guitar and synthesizers, as well as additional vocals from Susannah Cutler and Ben Smith. A Partner to Lean On includes songs dating back earlier than 2013 while also including material recorded in the summer of 2017, a period Benton says was “a time of extraordinary confusion and anger, when the refuge of listening to and creating music was needed more than ever.”

As the latest preview from the album, Trace Mountains have shared “Cary’s Dreams”. Eschewing the vocal manipulations of the previous single, “Turn Twice”, the new song is a soothing piece of folk rock combined with flourishes of gliding synths. Benton uses imagery from his memories to tell a narrative that’s entirely original.

“In Cary’s dreams there are always animals in the greenery,” he sings. “Pouring into the dreaming scene/ Pulling out into a dozen other things that could have been/ Bleeding every way into the garden/ Drifting into the yawning heat.”

A Partner to Lean On will be available on March 30th. Pre-orders are ongoing here.

For this edition of Origins, Benton shares the inspirations for the imagery and themes in his storytelling techniques, as well as the influence of Liam Betson on the sound of the new album.

Visual Recollections and Fragmented Memories:
On this record, I see many of the songs as collages, that piece together different memories to create entirely new and fabricated stories. The song “Cary’s Dreams” is perhaps the purest example of this lyrical technique I’ve been trying out. The recollections that make up the imagery of the song are real, but the overarching story is not. Blending memories from my childhood, my dreams, and my adult life helped create a track that synthesizes moods which are meant to be interpreted by the listener.

Medieval Tapestry and Other Textiles:

These textiles, many of which were shown to me by my partner Susannah, informed some of the more evocative imagery in the song. Looking back on visits to The Cloisters and other medieval art museums, I made a connection between these pieces and themes in the song. The animals and floral designs were particularly inspiring.

This record, made by Liam Betson, influenced some of the aesthetic and production choices on “Cary’s Dreams”. In particular, I liked his use of 505 drum sounds on the songs “The Comedians” and “The Past Tense”, and I was excited to find that Susannah actually had the same drum machine sitting in our bedroom studio. I’ve also always admired his eloquent sense of lyricism so I can’t help but think he’s made his stamp on me there too.

Trace Mountains will embark on a North American tour behind A Partner to Lean On starting with a record release show on March 30th in Brooklyn, New York. Check out the complete schedule below.