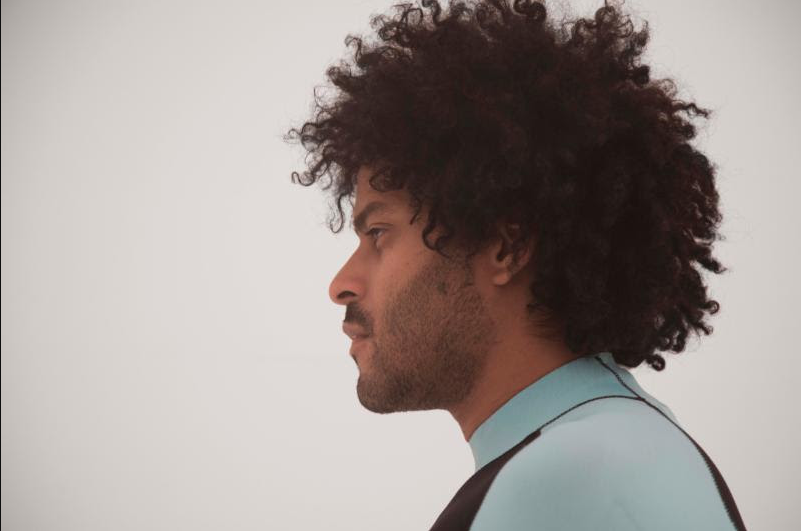 In 2015, Twin Shadow’s tour bus was involved in a nasty crash, an accident that left the project’s mastermind, George Lewis Jr., in need of reconstructive hand surgery. Determined not to let the injury shorten his career, he fought through the recovery process while revisiting older material on his Night Rally mixtape and collaborating with the likes of Zeds Dead and Elliphant. Now, he’s bringing Twin Shadow back in full with a new album, Caer.

Due out April 27th via Warner Bros. Records/Reprise, Caer follows 2015’s Eclipse. Pronounced ka-air, the album title is Spanish for “to fall,” an action Lewis Jr. finds vital in his life. “Sometimes I feel like I have to take a fall to essentially get to the next phase of my life,” he said in a press release. “I’ve been through so many musical phases and through so many relationships with friends and lovers. I always feel like I’m standing on the edge of a cliff, looking down and thinking, ‘This is the only way forward: onto the next thing.’ It’s sort of destructive, but I guess I thrive on rebirth.”

That theme also makes the record pertinent for our times, as demonstrated on the lead single “Saturdays”. While the track is ostensibly about taking time to feel at peace with a loved one, Lewis says “it’s also about my feeling that the world is starting to tear itself apart and maybe we’re falling through the cracks. But when you’re laying in bed next to someone you care about, none of that seems real.”

HAIM, with whom Twin Shadow previously collaborated on their Days Are Gone bonus track “Edge” and the Something to Tell You cut “Ready For You”, guest on “Saturdays”. Update — Wednesday, June 6th at 9:55 a.m. CT: Check out the song’s official music video, which takes a look at Twin Shadow’s formative years.

As a second advance of Caer, Twin Shadow has also shared “Little Woman”. It’s a downtempo song full of autotune and  electronic ambiance, and you can hear it via its accompanying video below.

Neither a full tracklisting nor album artwork for Caer have been released, but Twin Shadow has revealed a handful of shows supporting the record. Check out his complete itinerary, which includes dates with Beck and alt-J, below.