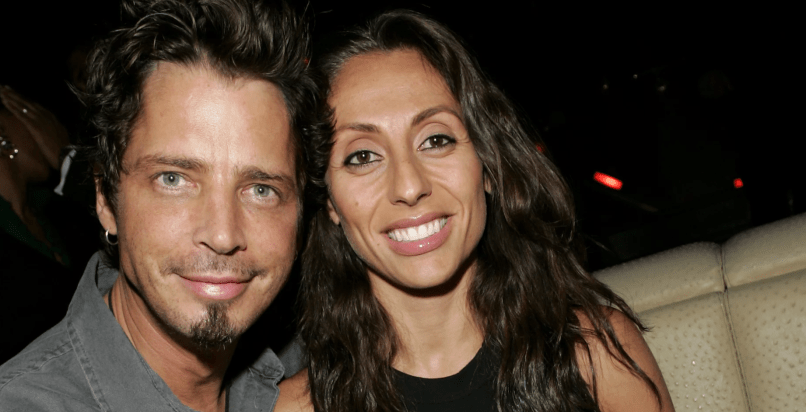 Chris Cornell’s widow Vicky Cornell appeared on Good Morning America on Wednesday for her first TV interview since her late husband’s death in May 2017. Vicky opened up to anchor Robin Roberts, discussing Chris’ apparent suicide and how his battle with addiction may have played a tragic role in it.

“He loved his life,” Vicky recalled. “He would never have ever left this world.” She went on, noting how important his family and loved ones were to him, and how he made sure to be a present father figure to their children, 13-year-old Toni and 12-year-old Christopher. “Our family was his everything. As soon as he got offstage, he was a dad, he was a regular dad.”

On May 18th, the iconic Soundgarden frontman was found death in a Detroit hotel room. The Medical Examiner’s Office ruled it as a suicide, stating that the combination of seven different drugs found in his system was not to blame. Vicky, however, believes otherwise.

According to her, Chris became a different person after he began taking a new drug to help deal with a shoulder injury. “Approximately a year before he died, he was prescribed a benzodiazepine to help him sleep,” said Vicky. “He had torn his shoulder … the pain in the shoulder was waking him up at night and it was keeping him up.”

The frequency with which he’d take benzodiazepine was noticeable and concerning, warning signs of addiction. In one weeklong period, “he took 20-something pills,” she said. “And in a nine-day period, 33.”

“He had really delayed speech. He was forgetful,” she remembered. “The brain of someone who has a substance use disorder is different from that of … someone who doesn’t … He relapsed.” Up until that point, Chris had reportedly been sober since 2003.

Chris eventually reached out to a friend via email. In March 2017, he wrote, “Would love to talk, had relapse.” Just two months later, he died.

“I don’t think that he could make any decisions because of the level of impairment,” Vicky said, insisting that benzodiazepine had changed her husband drastically, culminating in that fateful night.

In the aftermath of Chris’ death, Vicky wants to help get rid of the stigma that surrounds addiction. “You think addiction is a choice, and it’s not. I think that if there was less stigma around it, more people would speak up.”

“My husband was the furthest thing from a rock star junkie. He just wasn’t. He was the best husband, the greatest father. I lost my soulmate and the love of my life.”

Watch a clip from the Good Morning America segment below: