Rivers Cuomo says the album will be "dark," something he's been "struggling to figure out how I can do" 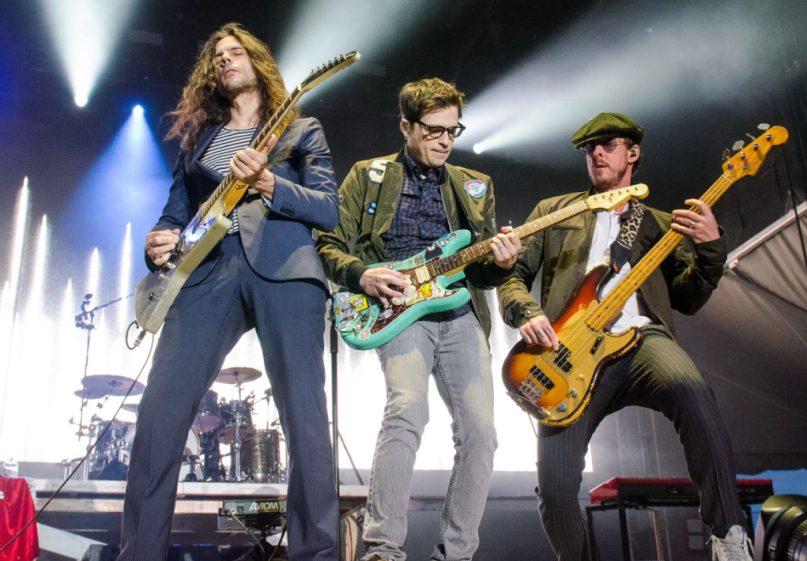 Less than 24 hours after releasing their most recent album, Pacific Daydream, Weezer revealed that they were nearly finished with another new record. At the time, Rivers Cuomo said the band had always planned to follow up 2016’s The White Album with another self-titled LP they’d refer to as The Black Album. Pacific Daydream came together first, but now the alternative icons have confirmed that The Black Album is ready for an expected May 25th release.

Weezer were on Double J’s Mornings With Zan Rowe when they revealed the due date (via Stereogum). Cuomo explained how Pacific Daydream “kind of materialized” while they were working on The Black Album: “I had two folders on my Dropbox: one was the ‘Black Album,’ and it didn’t get filled as quickly as this other folder, which I temporarily titled ‘New Folder.’ That one filled up with ten songs that were definitely different, but not quite as different as the ‘Black Album.’ So we put a name on it — Pacific Daydream — and put that out first.”

(Read: Ranking Every Weezer Album From Worst To Best)

Cuomo added that the idea was to make material for the Black Album befitting its name. “It’s real challenging for me. I don’t gravitate towards super dark music. There’s always got to be something triumphant about it in the end. So, I’ve been struggling trying to figure out how I can do a ‘Black Album’ as a writer.”

Back in October, Cuomo described the music of this upcoming record as “a lot more modern and electronic and not-90s sounding.”

Weezer is heading out on tour with Pixies this summer, and you can win tickets to a concert near you here. Below, watch an annotated breakdown of their classic “Buddy Holly” video.