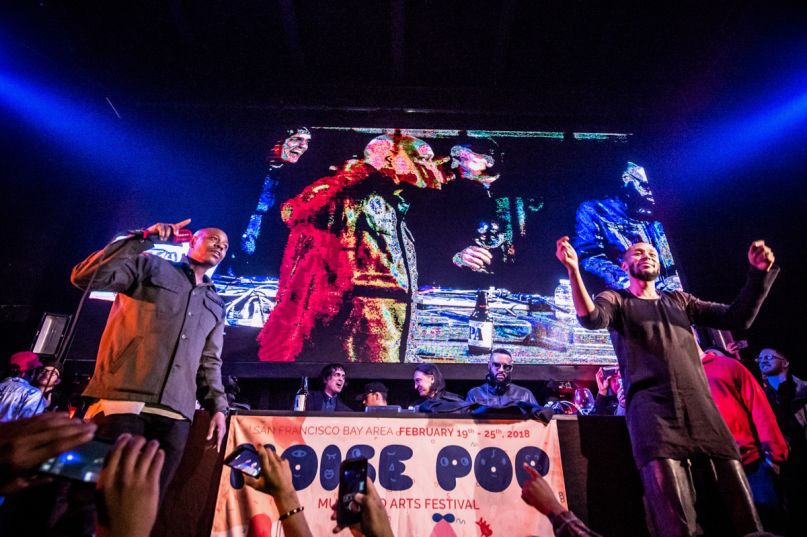 If Madlib is doing a DJ set in your town, go. When last we heard from the prolific producer otherwise known as Otis Jackson Jr., he was welcoming Yasiin Bey (fka Mos Def) onstage during a DJ set in Denver to announce a new Black Star collaboration between the duo and Talib Kweli. Last night, while firing up a late-night crowd at San Francisco’s 1015 Folsom as part of the Noise Pop Festival, Madlib not only again brought out Bey, but also comedian Dave Chappelle.

According to a rundown in the SFGate, Bey rapped the first recorded verse from the new album, which he had just put to tape the previous day. “I’m so excited, I don’t even know how to feel. I fuck with the Bay Area.” Earlier in the evening, Bey said that it’s “a big moment for me,” likely referring to his return to music this year.

Chappelle, who’s been performing at San Francisco comedy club Punch Line, oscillated between inspirational words—”This is the beginning of a new day”—and imploring audiences to put their phones away and “make a memory.” He also took a moment to memorialize Prince, sing some of “Killing Me Softly”, and dive into the audience, which one audience member caught on tape and posted to Instagram. See it below.