The Breeders Make Menacing New Waves on All Nerve 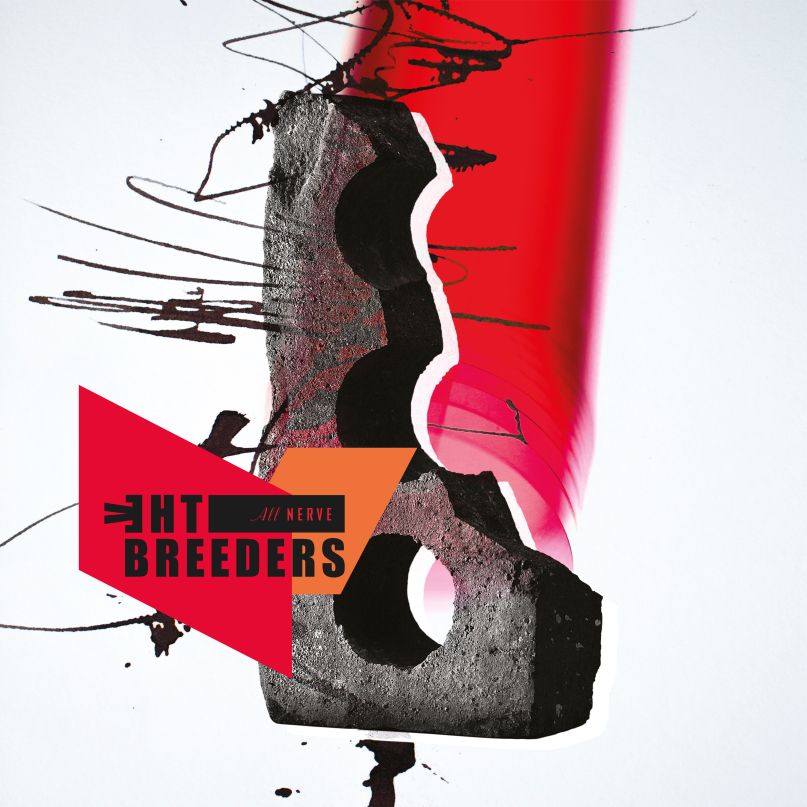 The Lowdown: Breeders albums have always doubled as proving grounds. 1990’s debut, Pod, pulverized any skepticism that Pixies bassist Kim Deal couldn’t hack it as a primary songwriter. The record became a seminal part of the decade’s opening alternative rock salvo and inspired no less than Kurt Cobain. Last Splash (1993) demonstrated that a female-fronted band could shift serious units and infiltrate the testosterone-drenched alt-rock airwaves of the time. Later outings Title TK (2002) and Mountain Battles (2008) felt more like wellness checks to assure that both the band’s sound and its members – Kim and Kelley Deal had each battled personal demons – remained intact. Now, a full decade later, All Nerve, the group’s fifth full-length, faces a different type of challenge: trying to be heard over the alleged pounding of alternative rock’s death knell.

The Good: It’s the way Kim Deal’s unique songwriting structures pair with her emotive voice that makes All Nerve touch so many nerves. The combination transforms “Nervous Mary” into a paranoid footrace and “All Nerve” into something that wavers between sweet pining and perhaps something more sinister. On “Spacewoman”, Deal softly compares her loneliness to orbiting alone in space, using the band’s thundering intrusions to depict a world she naturally feels disconnected from. And the album’s loveliest moment, “Dawn: Making an Effort”, captures her girlish voice melting into an all-consuming haze. “Dawn running us down,” she repeats, a line that beautifully suggests the end of one thing and the beginning of something else.

The Bad: Minus the slogging “MetaGoth” and a couple other musical moments that feel repetitive, The Breeders seamlessly knit together the band they once were and the band they are becoming. Any throwbacks are entirely sincere — never feeling forced — and sound natural alongside the band’s evolving dynamics.

The Verdict: All Nerve finds The Breeders sounding more ecstatic and less restrained than anytime since Last Splash originally soaked the alt-rock scene. The album manages to do what Kim Deal’s ex-bandmates in Pixies have struggled with since returning to the recording studio: that is, sound like the band that fans first fell in love with without ignoring that decades of trials, experiences, and musical ideas have come and gone since then. While longtime fans will no doubt feel time begin to melt upon hearing the Last Splash lineup again, they’ll also soon understand that the Deals, Josephine Wiggs, and Jim MacPherson have new waves to make in 2018 as well.

Essential Tracks: “Wait in the Car”, “Spacewoman”, and “Dawn: Making an Effort”