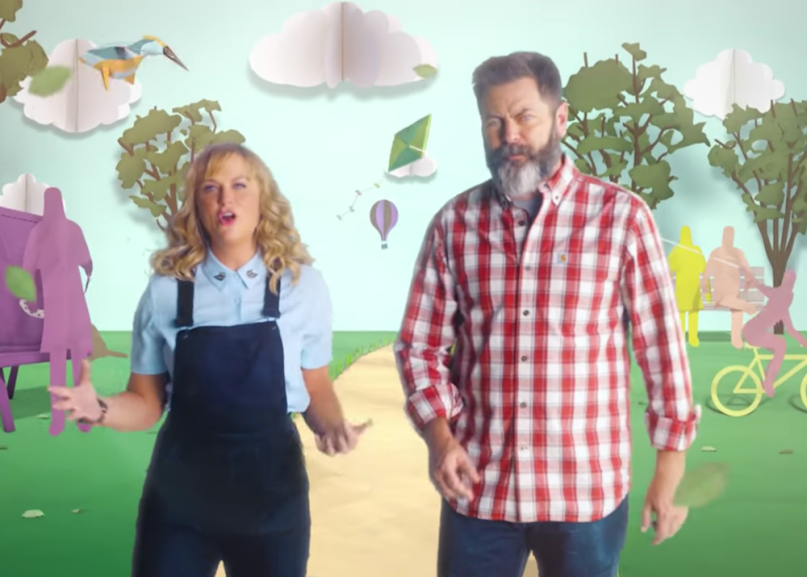 More than three years after bidding farewell to Pawnee, Amy Poehler and Nick Offerman are reuniting for a new NBC show.

Beginning late July, the Parks and Recreation alums will be hosting Making It, a show in which contestants compete to be the craftiest “Master Maker.” Not unlike similar food and fashion programs, episodes will consist of two challenges, one timed and the other themed, in the fields of painting, woodwork, illustration, and more.

“I like people who make things,” Poehler says in a new promo clip for the show. “And I love to make things,” continues Offerman, “so we’re hosting a new show on NBC where incredibly talented people are going to have a friendly competition.” If viewers are lucky, maybe they’ll even get to see Offerman build a crib this season.

“At the very most, you will fall in love with our makers, get introduced to a world you may not know anything about, and even get inspired to make something at home!” Poehler tells Entertainment Weekly. “At the very least, you will learn what vellum is.”

Watch the charming promo below.