Common and Andra Day perform “Stand Up for Something” at the 2018 Oscars: Watch

"Tell the NRA they're in God's way," raps Common in a freestyle 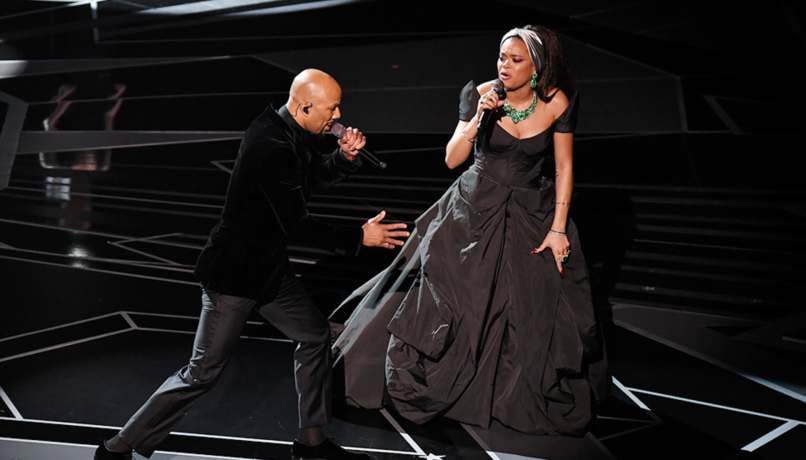 Andra Day and Common at the 2018 Oscars, photo by Rob Latour/Rex/Shutterstock

Common and Andra Day joined forces for a performance at the 2018 Academy Award. The duo delivered their powerful original song from the Marshall soundtrack, “Stand Up for Something” — and they weren’t on stage alone.

Behind the two singers, lit up by spotlights were the sort of individuals whose lives end up adapted as Oscar nominated films. “In American life, there are these people who abandon comfortable circumstances and take on issues that are bigger than themselves,” said Dave Chappelle when introducing the performance. “And that is a thankless, thankless job to take on.” As a way of highlighting those tireless efforts and a means of thanks, 10 real life activists appeared alongside Day and Common.

Not one to let an opportunity to use his platform slip by, Common also used the performance to take a political stance. He added a freestyle to the song, shouting out Puerto Rico, Haiti, dreamers, and immigrants. He also took shots at the NRA, rapping, “Tell the NRA they’re in God’s way/ And to the people of Parkland we say asé.”