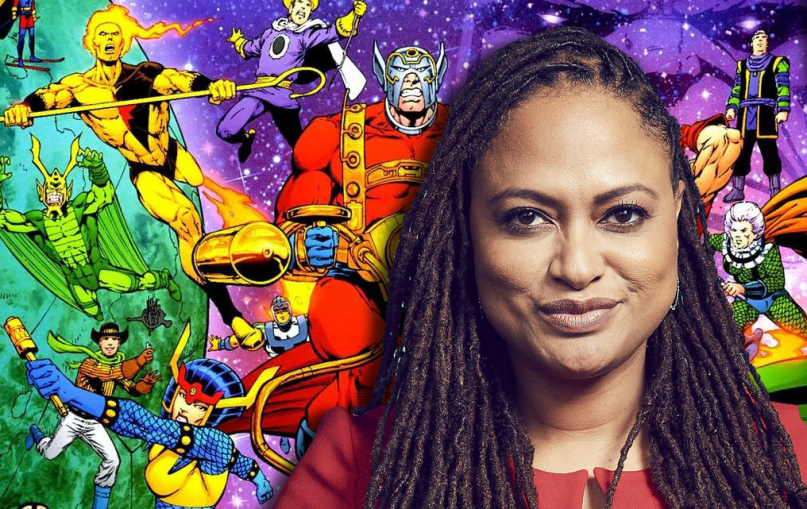 Ava DuVernay has been tapped as the latest director to take a stab at the DC Extended Universe — and she’s getting a major chunk of it. The filmmaker behind A Wrinkle in Time has signed on to direct New Gods for WB/DC Films, according to Variety.

Introduced in 1971. the New Gods are some of comic legend Jack Kirby’s most iconic creations. The characters live in a realm outside normal space and time called the Fourth World, occupying twin planets named New Genesis and Apokolips. While New Genesis is a is a utopia ruled by the Highfather, Apokolips is a fiery, mechanical hellscape ruled by the intergalactic tyrant Darkseid.

That last name should actually be familiar to those paying close attention to the DCEU; he’s the big bad that’s been hinted at in Batman v Superman: Dawn of Justice and Justice League (essentially DC’s version of Thanos). In fact, Steppenwolf, the villain of JL, is one of his head generals, and when he boom tubes away at the end of that film, he’s likely headed home to Apokolips.

Other New Gods include characters like Orion, Big Barda, Mister Miracle, Metron, Glorious Godfrey, Devilance the Pursuer, Desaad, and dozens upon dozens more. The sheer number of heroes and villains featured in the series over the years opens up the possibility for DuVernay to create a whole new universe within the DCEU.

DuVernay became the first woman of color to direct a Hollywood live-action movie with a production budget of $100, that being A Wrinkle in Time. In its first week of release, it’s made about $45.7 million worldwide; factoring in its advertising costs, it will need to cross $400 to be considered successful.

Despite the slow box office, the visuals of Wrinkle are exactly the kind of scope DC/WB should be looking for in a New Gods film, and DuVernay has plenty of credibility under her belt. Plus, with DC Films flailing in the wake of the financial and critical failure of their recent films, tapping a respected director who happens to be a woman of color for their next epic is a wise move on all fronts.