Axl Rose accuses Melania Trump of being a former hooker

Accusations come amidst speculation regarding the First Lady's immigration status 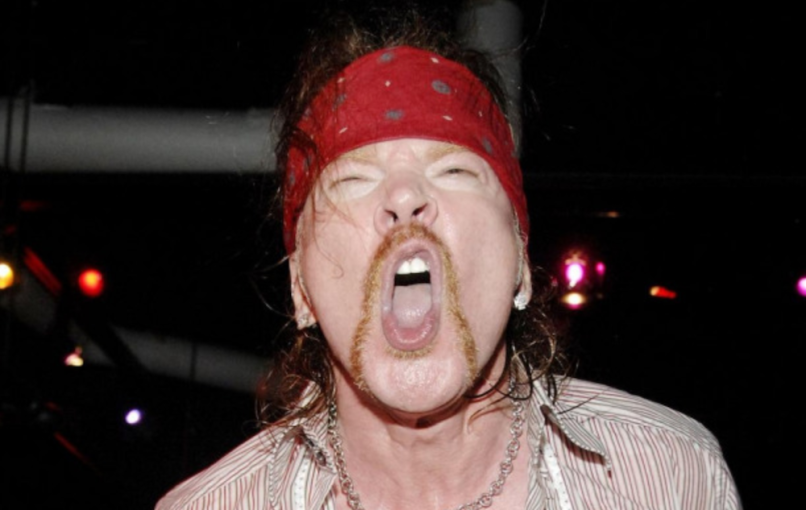 Media reports lately have been focused on Melania Trump’s immigration status. Specifically, many have questioned the legitimacy of her EB-1 visa from her home country Slovenia.

The so-called “Einstein Visa”, which she obtained in 2001, is usually reserved for individuals who “demonstrate extraordinary ability in the sciences, arts, education, business, or athletics through sustained national or international acclaim.” As Melania reportedly dropped out of college after just a year before becoming a model, there’s been speculation regarding whether she truly qualified for the EB-1, or if perhaps Donald Trump, whom she met in 1998, had anything to do with the application being approved.

Axl Rose is one of those suspicious of Melania’s past. However, he’s not only attacking her immigration status. In a series of tweets last night, the Guns N’ Roses frontman downright accused of the First Lady of being a “former hooker.” Oof.

“Some alleged former hooker who got in on some ‘trumped up’ immigration con somehow deserves privacy cuz it ‘means so much to her?'” wrote a fired up Rose. “Fuck this clown!!”

In another tweet, Rose slammed US Immigration and Customs Enforcement (ICE) director Thomas Homan for not doing his job with regards to granting Melania’s visa: “Where’s that ICE Nazi Homan when u need him?!”

Check out Rose’s tweets below.

"Mrs. Trump was more than amply qualified and solidly eligible," Michael Wildes, an attorney for Melania Trump and her family said to the Post. "There is no reason to adjudicate her petition publicly when her privacy is so important to her." No one else has any!

Some alleged former hooker who got in on some "trumped up" immigration con somehow deserves privacy cuz it "means so much to her?" Fuck this clown!!????????

Where's that ICE Nazi Homan when u need him?!