CHVRCHES’ Lauren Mayberry explains her political activism: “It seems irresponsible [not to be]” 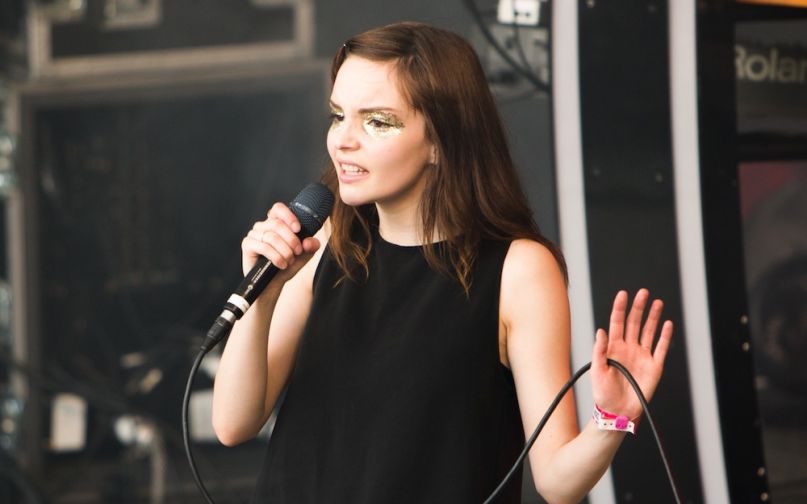 CHVRCHES vocalist Lauren Mayberry has always been outspoken about social and political topics. Back in 2013, she wrote an open letter in The Guardian about misogny in the music industry long before the #MeToo movement made it no longer taboo. In an interview with Kyle Meredith of Louisville’s 91.9 WFPK, Mayberry weighed in with her opinion about other current issues, such as her perspective on American politics as an outsider, using the band’s platform to give voices to people who aren’t being heard, and gun control.

Not only have CHVRCHES toured in the US more than anywhere else, but the Glasgow native has made America her home since the end of 2015. These experiences have informed Mayberry to understand the social tensions and political climate just as well as anyone born in the country. And with such awareness comes a sense of responsibility to amplify the voices of those who need to be heard.

“We’ll look back on this and the people who had the chance to do something useful or use that platform to give voice to other people,” she stated. “If people don’t do that, history will not smile fondly upon those people.”

On the topic of gun control, Mayberry pointed out the idea of gun ownership as a right doesn’t exist in many countries, including her native Scotland. Instead, owning a gun is viewed as a privilege. She also made the clear connection between politicians like Marco Rubio who benefit from the NRA’s support and their unwillingness to pass gun control measures despite the backing of gun owners who are in favor of “sensible measures” to protect society.

“When you look at the statistics of politicians who take money from the NRA, it makes complete sense as to why people like Marco Rubio [aren’t more in favor of gun control]. That’s happening in his state, but he’s still not able to make that extra jump.”

Although Rubio recently announced he’s introducing legislation encouraging states to adopt gun restraining order laws, the proposal is a far cry from the expanded background checks and outright ban on assault style weapons which have received increased support in the wake of the Parkland, Florida high school shooting.

Elsewhere in the interview, Mayberry discusses working with producer Greg Kurstin on CHVRCHES’ upcoming album, Love Is Dead; spending time in the studio with Dave Stewart of the Eurythmics; and collaborating with The National frontman Matt Berninger on “My Enemy”.

Check out the full recording below.