Cold Fronts share the Origins of their new single “This Always Happens”: Stream

Philadelphia indie rockers were inspired by The Modern Lovers, The Cramps, and the stress of 2015 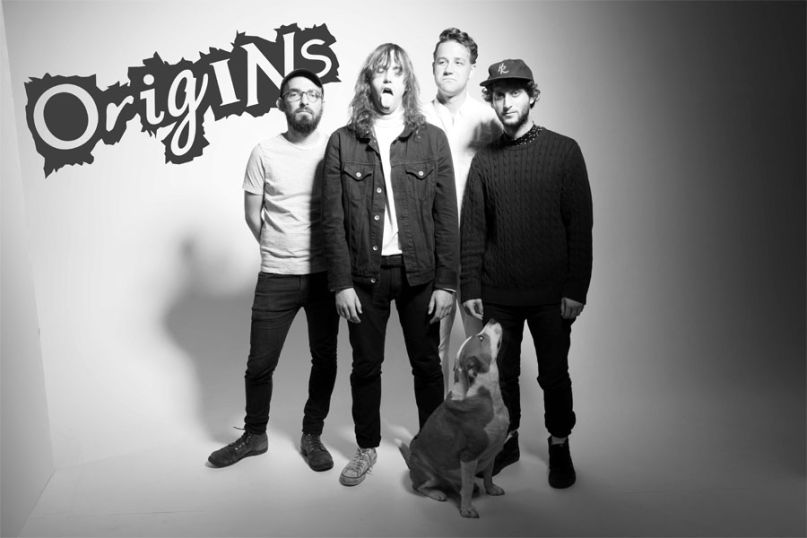 Origins is a new music feature in which artists have the chance to share the deeper inspiration for their newest single.

Cold Fronts founder Craig Almquist has seen 15 different supporting cast members in his band over its eight-year existence, but he’s always kept the ethos of driving garage pop going strong. With 2015’s Forever Whatever debut, the lineup of Almquist (vocals/guitar), Max Steen (guitar), Alex Luquet (bass) and Joe Killian (drums) finally seemed to feel right, and so Cold Fronts locked it in. After the record’s release, they began collaborating on music together for the first time. The results will be seen when their sophomore album, Fantasy Du Jour, drops April 20th via Sire Records

The new effort’s opening track, “This Always Happens”, finds Cold Fronts firmly in their groove. Almquist delivers Albert Hammond, Jr.-esque licks while singing seething lines about the disillusion that comes with too many failed romances (“Take a shot, but you can’t replace/ What you had, or what you don’t know/ When I fade, babe, you always glow yeah”). Behind him, the band turn in fuzzy garage pop filled with frustration and exasperation. Take a listen below.

Almquist has given us deeper insight into “This Always Happen” for our latest Origins feature. Read on to learn why 2015 had as much of an impact as ’70s/’80s punk icons The Cramps.

I love how wild the singer Lux’s vocals are. I really admire how unhinged he is when performing and wanted to go for a similar vibe when recording the vocals. I definitely remember watching this video of them performing in a California State Mental Hospital with my buddy Zach who I wrote the song and being very inspired by it.

I love the hopeless romantic side of Johnathan Richmans lyrics. There is something so honest and conversational about them that I really admire, its very sincere. This Always Happens is about when you like someone, you think it might go somewhere, and then you see them dating someone else.I feel like everyones gone through something like that where you have genuine feelings for someone but it doesn’t mean they’re “the one”. I listened to The Modern Lovers a lot over the past couple years and its become one of my favorite records, this is one of my favorite songs.

My buddy Zach and I have been making songs together for a while and we wrote “This Always Happens” together. We’ve made a bunch of songs and he turned me on to The Modern Lovers and The Cramps. We wrote it in the summer of 2015 and have released a couple songs on SoundCloud over the years. He also introduced me to our guitarist Max who’s had a big impact on the band. They have a group called Vexxed thats putting out an EP in April on Rare MP3s, definitely keep an eye out for it, its sick.

I wrote this in the summer of 2015 and had been been on tour for a good chunk of it. It was a really stressful year for me, we were touring hard on an album that as far as I knew was never going to see the light of day. Half my band quit two weeks before a two month US tour and we also had our first show in the UK booked. I had also just gotten out of a five year relationship to top it all off and was feeling like a real lost boy. I think thats where some of the darkness and pessimism in the song comes from.