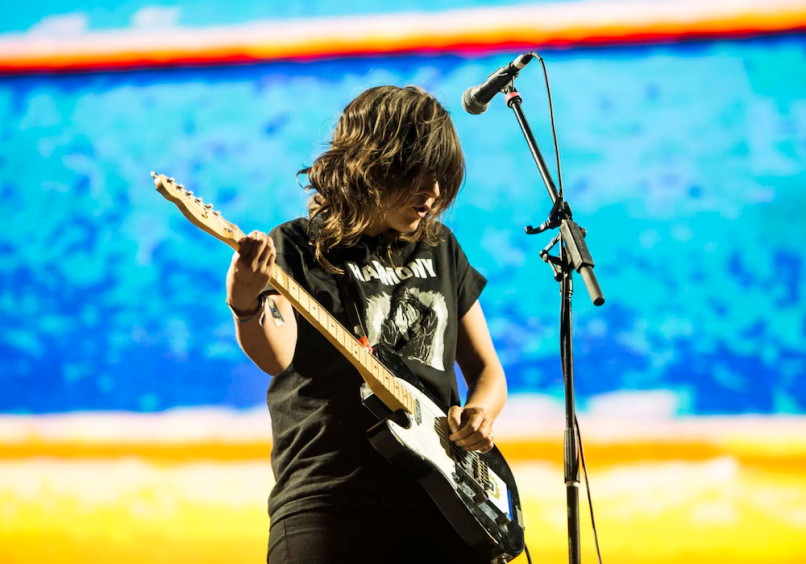 Courtney Barnett is set to return with her highly anticipated sophomore album, Tell Me How You Really Feel, on May 18th. Ahead of the big release day, the Aussie indie rocker appeared on Kyle Meredith With… to talk about how she managed to snag studio time with alt-rock greats Kim and Kelley Deal of The Breeders. Additionally, Barnett has expanded her 2018 North American tour to include a run of fall dates.

According to Barnett, she and Kim have been friends for the last few years. After appearing on a podcast together, Kim and The Breeders invited Barnett to contribute to “Howl at the Summit”, a track off The Breeders’ reunion album, this year’s All Nerve. The Breeders then insisted on returning the favor (“I owe you some vocals,” Kim told Barnett), which resulted in both Deal sisters appearing on Tell Me How You Really Feel. In particular, they provide backing vocals on the tracks “Nameless, Faceless” and “Crippling Self-Doubt and a General Lack of Confidence”.

Barnett said she only began listening to The Breeders in early 20s — she’s 30 now — but that the timing couldn’t have been more perfect. “[The Breeders] were a bit of a late discovery for me, but I think it came at… I think music always comes to you when it’s supposed to, when you need it somehow,” she explained to Meredith.

Elsewhere in their chat, Barnett discussed collaborating with her longtime partner Jen Cloher and what it was like for them to share the stage earlier this year. She also revealed that they’ve “been working on songs together.” Barnett and Meredith also spoke about Australia legalizing gay marriage last year (Barnett recently contributed to an Apple ad that references this), American politics, and her growing band t-shirt collection.

Listen to the whole conversation below.

As for Barnett’s new North American tour dates, they span the months of September and October and feature shows with Waxahatchee. Consult the full itinerary.