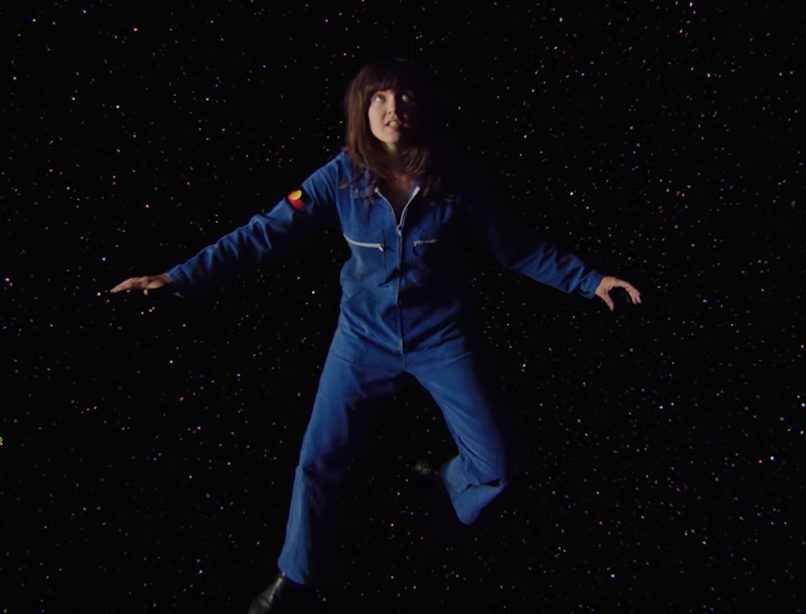 On May 18th, Courtney Barnett returns with her second album, Tell Me How You Really Feel. Today, the Aussie indie rocker is teasing the release with a new single called “Need A Little Time”.

A slow rolling tune, it finds Barnett asking her significant other for additional space and time to sort through some personal issues. In the accompanying video, directed by Danny Cohen, she gets her wish and is literally sent up into outer space.

Additionally, Barnett has a big archival reissue lined up for Record Store Day.  A Sea of Split Peas, a collection of her first two EPs, I’ve Got A Friend Called Emily Ferris and How To Carve A Carrot Into A Rose, will be pressed on picture disc for the April 21st holiday.