The director's first feature after helming videos for Drake, Rihanna, and Kanye West 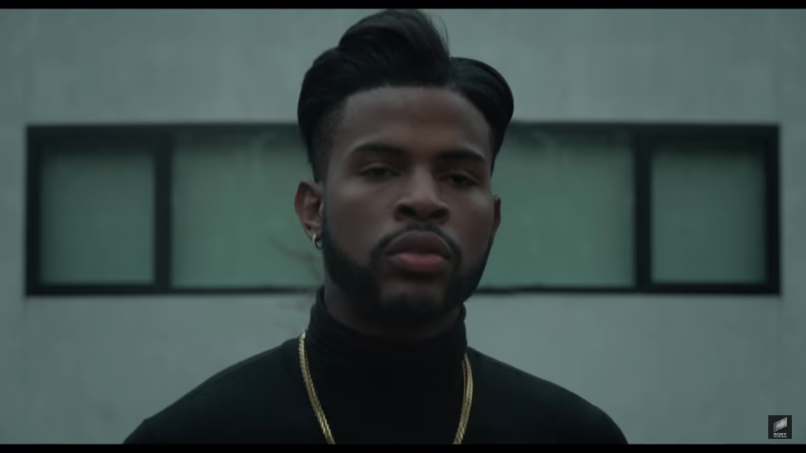 One of the most enduring films of the blaxploitation era is Superfly, a lo-fi crime drama that ended up producing one of the most enduring film soundtracks of all time. Now, Director X—the artist behind iconic music videos from Drake, Rihanna, and Kanye West—aims to both update the story for a modern generation while also producing a soundtrack that can stand tall alongside Curtis Mayfield’s original.

For his spin, X is shifting locations from Harlem to Atlanta, with the city’s trap music scene serving as a backdrop for the action. He’s also playing up the glamorous aspects of the trade, emphasizing the fast cars, steamy threesomes, and lavish parties. That said, big-ass guns abound, and it’s clear X won’t be shying away from the culture of violence at the drug trade’s core.

“When I went back and watched the original, I was struck by how relevant the themes are,” X told Deadline back in January. “The pursuit of the American Dream is eternal – everyone’s always on the hustle, because you’ve got to be… and Superfly is about pulling off the ultimate hustle to get out of the game. Our goal is to make it modern – to make a movie where the style, the art direction, the camera movements are all part of what makes the movie Superfly. With this film, my goal is to honor the lineage of an iconic title that the community has loved for decades.”

X is working with rapper Future to develop the soundtrack, and says he hopes the film can highlight modern black culture in the same ways the original did in its era. “I want to honor it in a way that shows a new generation how black culture continues to be a catalyst for new trends in every area, from fashion to music. I’m also excited to be working with Future, both on the music and as a producer of the film – the original soundtrack is legendary, and that’s an inspiration for the artists that Future is working with to bring a singular modern musical vision to the film.”

Watch the trailer below:

Trevor Jackson, Jason Mitchell, Michael Kenneth Williams, and Jennifer Morrison star alongside the likes of Rick Ross and Big Boi in the film, which is set to hit theaters on June 15th.

Previous Story
Wes Anderson releases Isle of Dogs soundtrack, featuring score from Alexandre Desplat: Stream
Next Story
Jack White’s video for “Over and Over and Over” is the same scene over and over and over: Watch
Popular
More Stories
[fu-upload-form form_layout="media" title="Submit Your Photo"][input type="hidden" name="ugc" value="1"][/fu-upload-form]