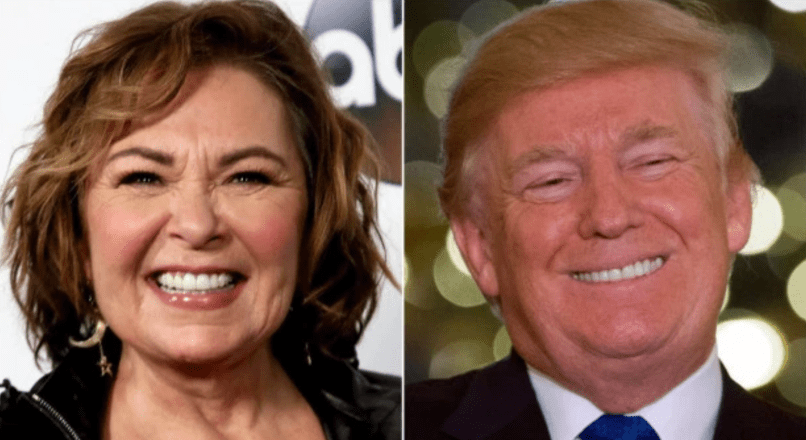 Donald Trump has yet to find time to publicly address his alleged affair with Stormy Daniels, nor has he offered an explanation for his decision to ban trans people from the military. He’s also failed to address the latest police shooting of an unarmed black man, and he’s stayed silent as Robert Mueller uncovers more evidence of improper contact between Trump’s campaign and Russia. He’s a busy guy, we get it. Fortunately, though, he did find time on Wednesday night to phone up Roseanne Barr to congratulate her on the success of her rebooted TV sitcom.

After a two-decade absence, Roseanne returned to the airwaves on Tuesday night to record ratings. Over 18 million viewers across the country tuned in to watch the first two episodes, making it the highest-rated regularly scheduled scripted show in several years. Barr’s right-wing leanings and support of Trump no doubt contributed to the show’s success, as its ratings were especially dominate in middle America. In Kansas City, for example, 29 percent of all TV viewers watched Roseanne last night, according to The Hollywood Reporter.

Per The New York Times, Trump called Barr to congratulate her on the ratings and to thank her for supporting his presidency. The White House press office confirmed the phone call.

From the onset of the show’s premiere, Barr makes her opinions of Trump quite clear. Throughout the episode, Barr’s character feuds with her sister Jackie (a pussy hat-wearing Democrat) over the results of the 2016 presidential election. She specifically lauds Trump for promising to bring back jobs, while mocking Hillary Clinton as a “liar, liar pants on fire.”

In an interview with The New York Times published ahead of the premiere, Barr said she felt the show was an “accurate portrayal” of the political leanings of working-class Americans. “I just wanted to have that dialogue about families torn apart by the election and their political differences of opinion and how we handle it,” she explained. “I thought that this was an important thing to say at this time.”

Previous Story
Jawbreaker is working on new music
Next Story
The Ending Is Already Written: The Americans, The Terror, and the Power of Dread
Popular
More Stories
[fu-upload-form form_layout="media" title="Submit Your Photo"][input type="hidden" name="ugc" value="1"][/fu-upload-form]