Available on Record Store Day, the B-side is a live rendition of Bee Gees' "In the Morning" 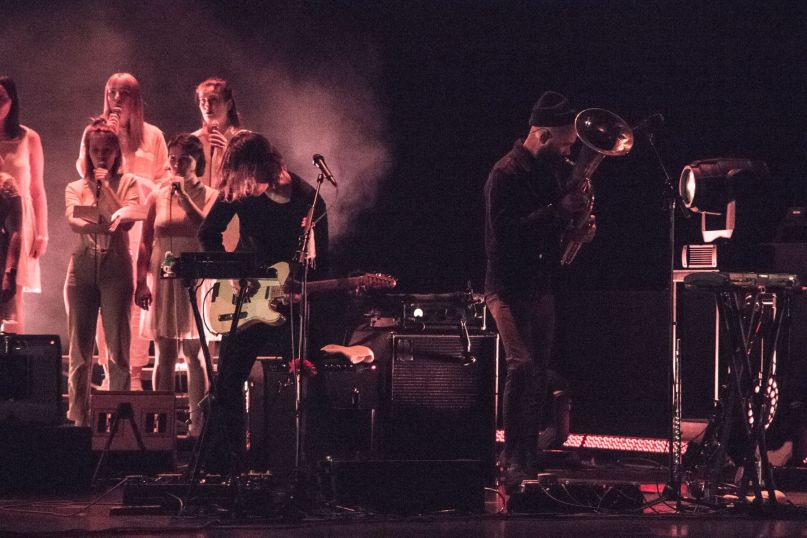 Fleet Foxes recently kicked off the first dates on a sprawling world tour in support of last year’s Crack-Up that will keep them on the road through the end of the summer. Now, the acclaimed folk outfit has announced a new 7-inch single that will be released on Record Store Day (April 21st).

The 7-inch features two live recordings, the first of which is a choral version of “Crack-Up” with renowned Icelandic women’s choir Graduale Nobli at Harpa Concert Hall in Reykjavik. A one-shot recording of the performance was produced by Consequence of Sound. Watch it below.

On the single’s B-side is an intimate cover of the Bee Gees’ “In The Morning” recorded live at the 2017 Montreux Jazz Festival in Switzerland.

Scoop up the 7-inch in record stores on April 21st. See its album art below.