The duo collaborates on an original song for the first time 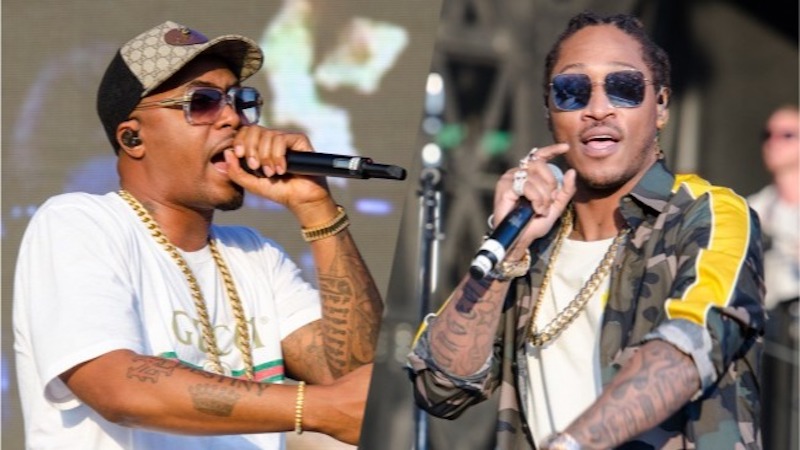 Longtime Future associate DJ Esco previewed his upcoming project, Kolorblind, earlier this week with the Future and ScHoolboy Q collaboration “Code of Honor”. Now he’s back with “Walk Thru” featuring Nas and Future.

The track marks the first time that the Queensbridge MC and Atlanta rapper have worked on an original song together. In 2016, Nas hopped on the remix for Future’s hit “March Madness”. On “Walk Thru”, the pair trade verses about drug dealing.

Nas brings back his Escobar persona as he raps about a high value drug exchange. “The plug trusts me, he’s comfortable, he invites me to his house tomorrow,” he spits. “I’m in a Dodge, pull up to his garage, pull out some dollars/ Give him some bread from a bank envelope/ He gives me a laundry bag full of dope.”

Kolorblind is Esco’s first project since the Future-hosted mixtape, Project E.T.: Esco Terrestrial, in 2016. Judging by the tracks released so far, it looks look Future will be heavily involved once again.