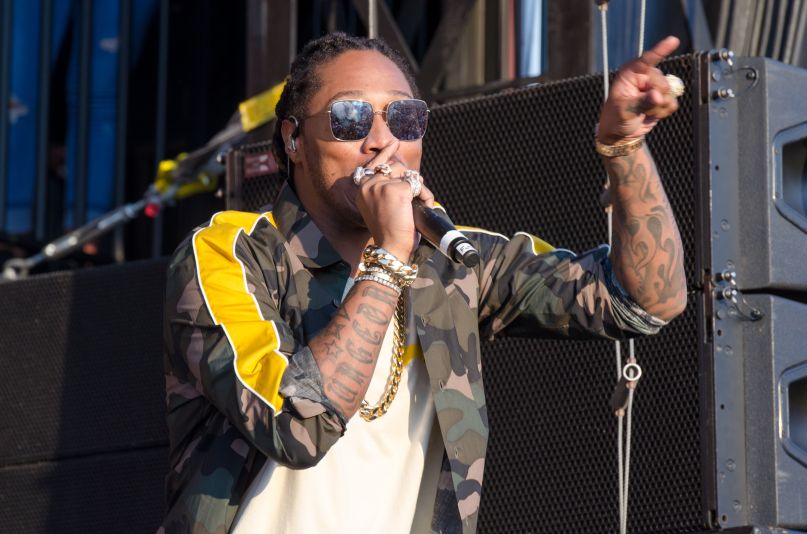 It’s not even April and yet Future already has a handful of 2018 releases to his name. He joined music’s hottest couple on “Top Off” featuring JAY-Z, Beyoncé, and DJ Khaled; traded bars with royalty on “King’s Dead” alongside Kendrick Lamar, Jay Rock, and James Blake; and just yesterday kicked it with old pals ScHoolboy Q and DJ Esco on “Code of Honor”. The prolific Atlanta rapper returns now with a solo offering.

Titled “Absolutely Going Brazy”, it aptly captures the kind of life Future lives both on the road and in the studio. “Ground it up, we don’t take a day out/ I stack it up, I don’t take a day off,” he raps on the chorus. “Hit the winning shot, got us in the playoffs/ I never switched, I new the pay-off.” Its corresponding music video, also released today, plays off the track as it features clips of tour footage.

Future released two full-lengths in 2017, HNDRXX and a self-titled LP.