The band will begin recording next month in Palm Springs, as frontwoman Shirley Manson reveals in a new interview 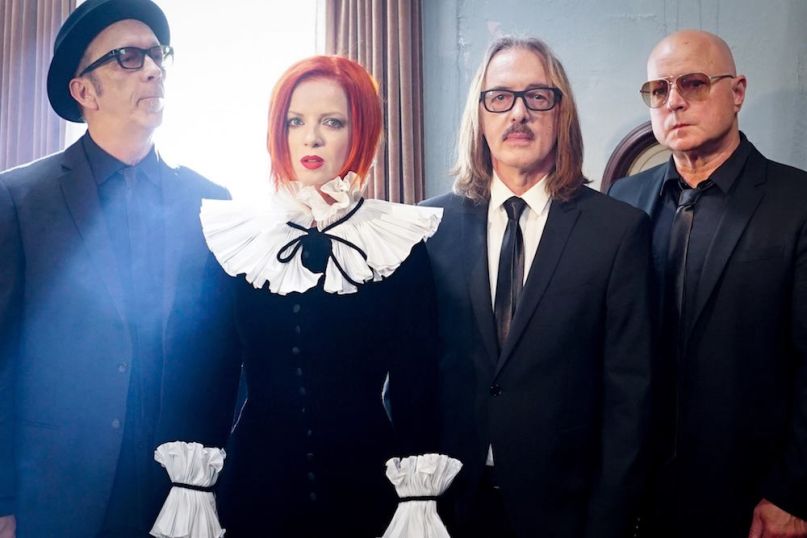 Garbage plan to hit the studio in April, with the intention of releasing their seventh studio album in 2019.

Speaking to Kyle Meredith of Louisville’s 91.9 WFPK, frontwoman Shirley Manson revealed that the band did preliminary work at Butch Vig’s Atwater Village in Los Angeles. However, come next moth, they’ll head out to Palm Springs.

As Manson explained, “We’re going to live together… we haven’t done this since the first record. We’re all going to live under one roof. We’re going to record during the day, then go out to dinner, and then we’ll come back and have band movie sessions like we did back in the day.”

“We’re going to see how we get along using a different space and a different environment,” Manson added.

Garbage released their most recent record, Strange Little Birds, in 2016. Last summer, they unveiled a new standalone single called “No Horses”, which you can revisit below.

In addition to the recording of a new album, Garbage will wax nostalgic and revisit their landmark sophomore record, Version 2.0, later this year. In celebration of the album’s 20th anniversary, the band has already scheduled a series of concerts which will see them perform the album from front to back. Thus far, all the announced shows are limited to the UK, but Manson told Meredith that there are plans to play a few dates in the US this year. “It will be a very limited run,” she explained. “This year is supposed to be us writing our new record, so we loathe to take off too much time. But we understand there’s been a frenzy demand from the fans, so we’re going to try to put on a few dates [in the US].”