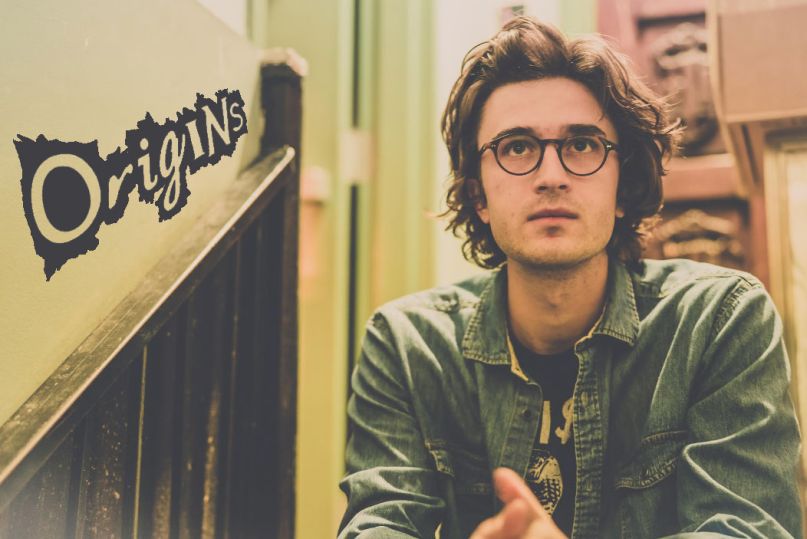 Origins is a new music feature that allows an artist to reveal the deeper inspirations for their latest track.

His name may not be as familiar yet, but Will Marsh came of musical age right besides Car Seat Headrest’s Will Toledo. The two met at the College of William & Mary’s WCWM radio station when Marsh was a freshman and Toledo a sophomore. The former joined the latter as rhythm guitarist in an early stage version of CSH before leaving to form his own project, Gold Connections. Toledo returned the favor by providing drums, guitar, bass, and backing vocals on the first Gold Connections recordings, which he also produced, engineered, and mixed. Two years later, March finally released those songs as his band’s 2017 self-titled debut EP.

In 2018, Marsh is finally ready to take Gold Connections to the next level — this time without the aid of Toledo. The band’s debut full-length, Popular Fiction, is set for a May 4th release via EggHunt Records. Produced by Daniel Goans, the 10-track collection introduces listeners to an artist raised on Bob Dylan and seeking a sound like a bluesy Big Star or a softer Rolling Stones.

Which is also a perfectly apt description of the record’s new single, “Bad Intentions”. Initially, there’s a rambling quality both to the jerky guitars and Marsh’s vocals. A jangly psychedelic chorus hints that there’s something grander at play than that first-blush of indie folk, however, and each iteration of the hook takes the song to a new level. In just over four minutes, the track layers in an entire record collection of influences while belaboring none for a sound that’s as timeless as it is tireless.

In our latest Origins feature, Marsh digs into that crate of influences to reveal five songs that had an impact on “Bad Intentions”.

I’ll beat folks to the punch with a Stones reference. The riff for “Bad Intentions” could be called “Stonesy” –– something like “Start Me Up” –– but I draw more influence from their decidedly riff-less “Dead Flowers”. I borrow Jagger’s depiction of mutual moral shabbiness and his posture that is equal parts aloof, heartbroken, and playful.

It’s the original jangle pop breakup song! When our guitarist brought his 12-string guitar to the studio for “Bad Intentions”, we couldn’t resist throwing it on the chorus for the full Byrds effect. It was one of my “kid in a candy store” moments for this record.

Bob Dylan — “Stuck Inside of Mobile With The Memphis Blues Again”:

Dylan depicts action and physical situations to evoke an intangible mood. He portrays suffocation and frustration by creating a labyrinth of moments. In “Bad Intentions” I use Dylan’s method to incite an air of regret and disappointment. “Mobile” was at the back of my mind when I wrote lines such as “This room bleeds like all good things lost,” and “I remember the southern sea/ We couldn’t walk because you didn’t believe.”

Lead Belly eluded the strict “blues” category –– partially because the style was embryonic at his time, but more so because he prioritized emotion over tradition. Stylistically, “Goodnight Irene” hits me out of nowhere. It’s a strange and melancholy world of its own rather than a folk artifact. With Lead Belly in mind, I manipulate different genres in “Bad Intentions” to convey a singular feeling.

The Smiths — “What Difference Does It Make?”:

To quote the Smiths, or to re-quote an idiom, “The devil will find work for idle hands to do.” Listlessness and apathy fester into diabolic love. The “Bad Intentions” moment falls somewhere in that path to damnation. I may have accidentally grifted The Smiths’ line “I stole and lied, and why?/ Because you asked me to” for my own alibi: “I just gave you what you wanted, babe/ All you asked for was a crook.”

Pre-orders for Popular Fiction are available here. Find the album art and tracklist ahead.