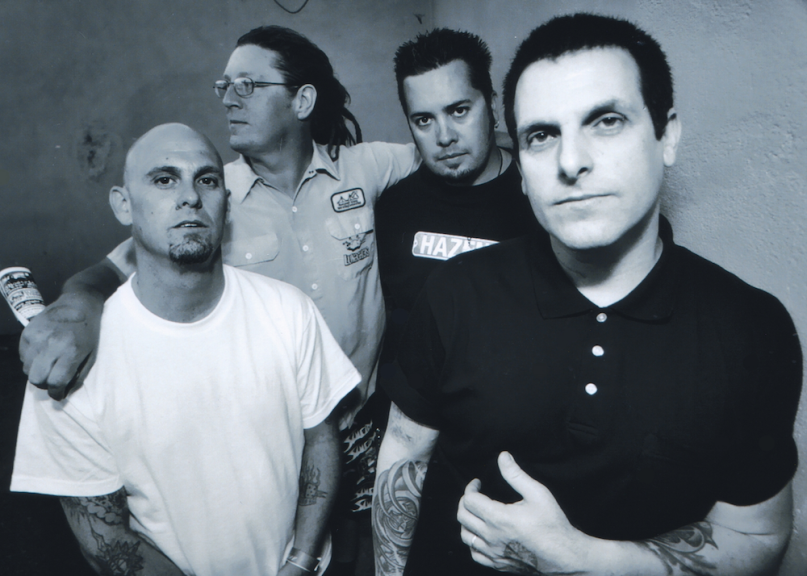 After 38 years, hardcore legends 7 Seconds are breaking up. Lead singer and founding member Kevin Seconds made the announcement in a lengthy Facebook post.

“I’m here to very sadly and regretfully announce that the band is officially calling it a day and will not be doing any more playing shows or touring in the future,” he wrote.

“I had hoped to never ever have to make this announcement,” he went on. “In fact, I vowed to never do it because, in my heart of hearts, I figured that, as long as Steve, Troy, Bobby and I love playing our songs for people and as long as we are physically and mentally healthy, 7 Seconds would probably just go on forever until we couldn’t anymore.”

According to the frontman, the band’s deteriorating physical health is the main reason for splitting up. “Drummer Troy Mowat has a fractured C-6 vertebrae and a torn rotator cuff and has struggled with some nerve damage in his neck and wrists for some time.” Meanwhile, bassist Steve Youth has been dealing with “blindness in his left eye due to cataracts which has contributed to bouts of of depression and anxiety.”

“This time around, the reality of being middle-aged, working class, not terribly relevant and not being able to bounce back from injuries and personal problems has become a weight just too great for us to bear and all signs finally point to retirement,” added Seconds.

While 7 Seconds are sad to be breaking up just two years shy of their 40th anniversary, “there are more important things than milestones and the health of my band brothers and family trumps everything else at this point.”

In the wake of the news, the hardcore punks won’t perform at the Punk Rock Bowling festival in May and have cancelled their European tour in June.

7 Seconds formed in Reno, Nevada back in 1980 and are believed to be the first group to dub themselves “hardcore.” Over the course of their long career, they’ve put out more than 10 albums, including The Crew in 1984, 1989’s Soulforce Revolution, Good to Go from 1999, and most recently, 2014’s Leave a Light On.

Read the full statement below, followed by a few of their single: