A brazen, genre-mutating foray that irrevocably altered the landscape of modern guitar music 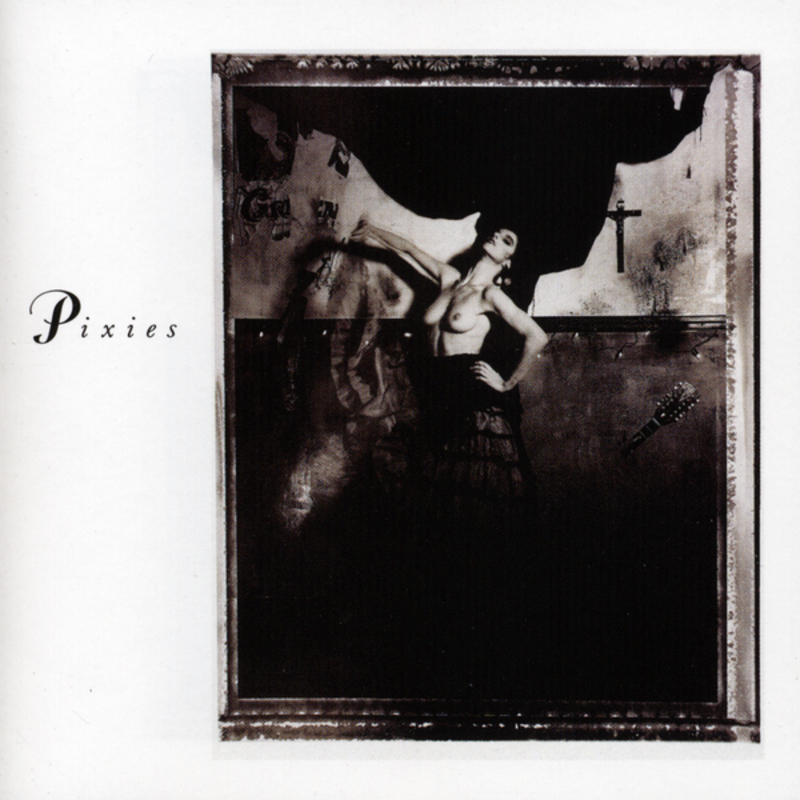 “I like the fact that none of us are rock ’n’ roll-type people. We’re truly naïve, so it’s very pure. There’s not a lot of thought.”

It’s not hard to imagine Pixies’ frontman Black Francis beaming with pride as he spoke these words to Melody Maker in March 1988, days after the release of his band’s full-length debut album, Surfer Rosa. Though few bandleaders of the era quietly embraced this idea, never mind publicly evinced it, Francis (born Charles Michael Kittridge Thompson IV) and the Pixies were already known within the underground rock world for bucking the trend.

By the mid-to-late 1980s, US alternative and college rock was more divisible by camps of sentiment, rather than well-defined scenes of sound. Where amped-up tales of suburban alienation and maudlin fixation linked the likes of R.E.M, The Replacements and Hüsker Dü, the blitzing early albums of Dinosaur Jr. and Sonic Youth burst forth, starry-eyed one minute and doomed-out the next. Forged beyond these worlds, Pixies formed in Massachusetts, yet seemed beamed down from far beyond. Sure, there were some reference points — not least Iggy, mid-era Beefheart, and Zen Arcade — but when they emerged, these four real weird kids marched to the beat of their very own drum.

Riding a hype wave following the release of Come On Pilgrim, their debut mini-album comprising eight songs originally cut on the 17-track demo known as the Purple Tape, 4AD co-founder Ivo Watts-Russell urged Francis, Kim Deal, David Lovering and Joey Santiago to quickly return to the studio. Colin Wallace, 4AD’s then-warehouse manager, proposed Big Black main-man and engineer Steve Albini. A tête-à-tête took place at drummer Lovering’s Boston home soon after, and Pixies entered the studio the next day. Speaking to Marc Maron in 2015, Albini — who was working at a photo touch-up agency when the call came back in late 1987 — said, “I heard their cassette [the Purple Tape]. I thought they were an interesting band. I thought I could work on their record and probably do okay.”

That a solitary listen to Surfer Rosa still feels, to this day, akin to engaging in acceptable voyeurism is not only testament to Albini majorly downplaying his suitability for the job; it also directly points to the album’s most enduring quality: its singular, unrepeatable mood. Though recorded in several sessions over 10 days, Surfer Rosa confines within its breakneck 32 minutes the distinct tone of one late-night purge, veering between hectic wig-outs, unplanned skits, and sublime reprieve. What Andrew Earles would identify as the record’s “thematically scary” air in his infinitely readable guide, Gimme Indie Rock, is tempered by a conveyor-belt of bizarro humor and one-shot sonic idiosyncrasies (for instance, Francis’ freak “uhh!” at the end of the first chorus in “River Euphrates”; the off-set harmonies at the start of “Broken Face”; Francis’ “I am one happy prick!” outburst at the end of “Something Against You” — the result of Albini putting the frontman’s vocals through a guitar amp to give it a serrated, hyper-distorted edge).

Surfer Rosa weaves a tapestry of playful and perverse impressionism from the off. While the four songs re-fashioned from the Purple Tape (including “Break My Body” and a wonderfully reworked version of “Vamos”) comfortably spell out Pixies’ modus operandi, bilingual peak “Oh My Golly!”, the warped wanderlust of “River Euphrates”, and the almost jarringly carefree “Tony’s Theme” best define the album’s tug-o-war between caterwauling fervor and sublime reticence. At the helm of these heavy contrasts is Black Francis. If Come On Pilgrim introduced the frontman as modern rock’s one great hope for a talisman in the vein of Don Van Vliet or Pere Ubu’s David Thomas, Surfer Rosa confirmed it. With Albini utilizing natural reverb by recording vocals in the studio bathroom — a tactic perfected with Deal on the album’s centerpiece “Gigantic” — Francis’ snarling glossolalia and embarrassment of manic non sequiturs (“And he tried to molest me in the parking lot. Yep, yep, yep, yep!”) reveal a shrieking, loved-up, demonic, and playful exhibitionist. In his guises as both Black Francis and Frank Black, Charles Thompson would never scale the same heights as he did in those sessions.

While Santiago’s neurotic, single-noted forays ran parallel with Francis’ foam-mouthed fetishism, and the presence of Kim Deal is key, Dave Lovering’s mammoth drum sound remains the album’s thundering focal point. Equally heavy and clear, nowhere is it more on display than “Bone Machine”, one of alternative rock’s most instantaneous openers, and a track epitomizing the punch of Albini’s now legendary live-in-the-room approach. Where canny microphone placement and a deliberate lack of studio stylization sums up the album’s outright rejection of ‘80s FM bombast, its essence can be distilled to Lovering’s massive and instantly recognizable drum sound. While many still discover the album by way of “Where Is My Mind?” — a masterstroke that has weathered three decades of re-appropriation — it’s via Albini’s untreated recording dynamics where one really grasps it.

Despite its darker moments, Pixies sound like they are having a lot of fun on their debut album. Albini’s decision to keep “the tape rolling,” thereby capturing moments of off-the-cuff moments (“There were rumours…”, “You fuckin’ die!”) gives one the sense of eavesdropping on the best band practice of all time. Though they weren’t privy to Albini’s ploy, those giddy interludes hold weight. In Josh Frank and Caryn Ganz’s Fool the World, Smashing Pumpkins’ James Iha said: “Those little stories are so charming but fucked up. It’s so irreverent that they would just put those on a record. But it’s totally genius because you kind of get their personality besides the music.” At the root of this sheen-free spontaneity and unchecked patter is one cohesive unit. Once Pixies lost that togetherness — first personally, then musically — they had cast off what made them untouchable.

If you were fortunate enough to first encounter Surfer Rosa upon another’s recommendation, especially in some physical format (as I was), chances are that memory of “What the fuck is this music?” lingers with you to this day. It has been said to death, but it will always bear repeating: though Pixies’ later work spanned certain brilliance, Surfer Rosa is as revelatory as it comes. Thirty years on, it remains a brazen, genre-mutating foray that has irrevocably altered the landscape of modern guitar music via Nirvana, Radiohead, PJ Harvey, Weezer, Pavement, and countless others besides. While its genesis points will forever remain inscrutable, it was, as Francis said, guided by one pure principle: true naïveté.