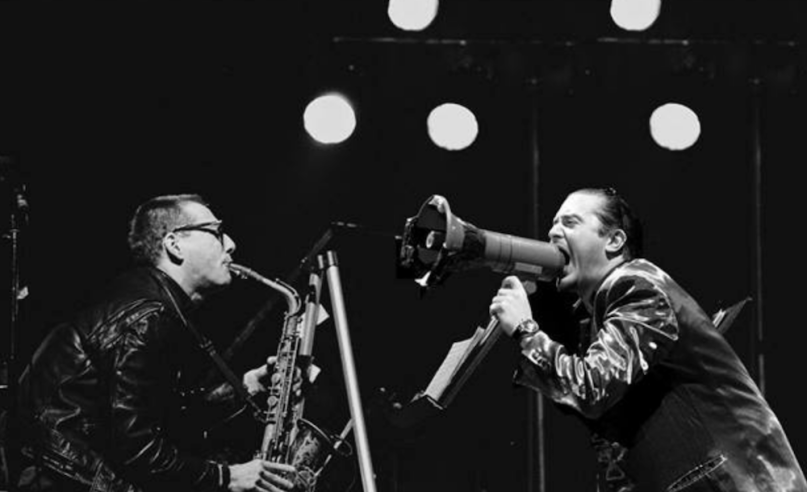 Faith No More frontman Mike Patton and legendary avant-garde composer John Zorn reunited onstage last Sunday for a special concert at The Chapel in San Francisco. Over the course of about 45 minutes, the pair performed a dynamic, improvisational set for a sold-out crowd. Some of the highlights included special guest Trey Spruance — Patton’s Mr. Bungle bandmate — joining in on the fun, and Zorn literally using a teacup (!) as an instrument.

For those unfamiliar, Patton and Zorn have a long, shared history that dates back nearly 30 years. They first collaborated when Zorn called on Patton to join his group Naked City around 1991. Patton went on to appear alongside Zorn’s other ’90s-era group Painkiller. And during the 2000s, Zorn put out four albums with the assistance of Patton, Trevor Dunn and Joey Baron, who became known as the Moonchild Trio.

Check out footage below.

For Patton, this marks just one of many collaborative projects. Along with Faith No More, Patton is part of the supergroups Dead Cross (with Dave Lombardo); Fantômas (with Lombardo and Buzz Osborne); and Nevermen (with Tunde Adebimpe). Patton recently performed with DJ Qbert at The Chapel as well as scored the Netflix adaption of Stephen King’s 1922.