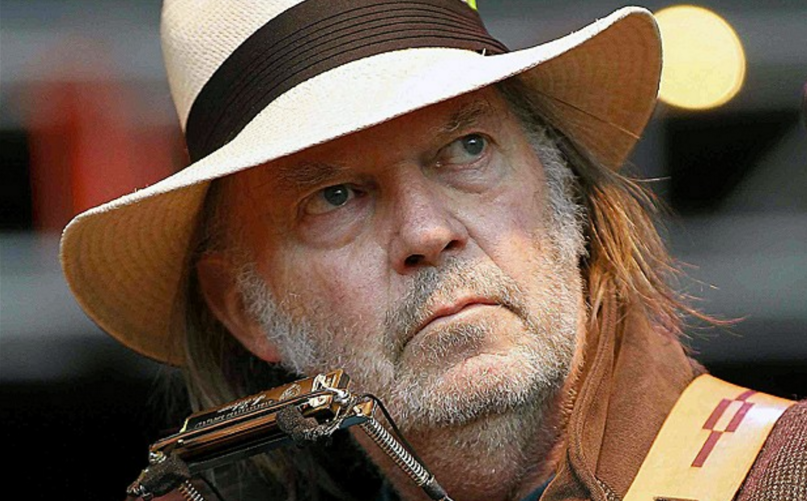 Just a day after inviting NRA spokesperson Dana Loesch to shoot him if she hates his music so much, Young is back with some more incendiary statements. In an interview with Rolling Stone, he called the concept of farewell tours “bullshit.”

“When I retire, people will know, because I’ll be dead,” he said. Later, he elaborates, “I’m not gonna say, ‘I’m not coming back.’ What kind of bullshit is that? I could go out and play if I felt like it, but I don’t feel like it. I’ve got a great band. I’ve got two great bands – I’ve got Promise of the Real and Crazy Horse. They’re both great bands and they’re different. But they both can play a lot of shit.”

Young also revealed that he’s finishing up science fiction novel called Canary, which sounds like a sprawling story of energy, corruption, surveillance, and genetic mutants. He called it “a fuckin’ mess.”

Young also said he has “an incredible album” with Crazy Horse “in the can” called Alchemy, which was also the name of the singer’s 2012 tour. Additionally, there’s an unreleased 2001 album, Toast, and a collection of recordings from 1969 and 1970 that “nobody’s heard.” He doesn’t say whether or not they’ll be released, just that they exist.

“So when I do go out, I have things to put out there,” he added. “Right now, I’m not ready to tour right now. I have a funny feeling in my body that I listen to, and it just says no. It will say yes when it’s ready. I’m just listening to the muse, and the muse just says take a break.”

Last night, Young and his girlfriend, Daryl Hannah, premiered a new film, Paradox, at SXSW. Our review is coming soon, and the film will premiere globally via Netflix on March 23rd. Watch the trailer for it below.