Following the dismissal of Kevin Spacey over allegations of sexual misconduct, Robin Wright steps into the lead role 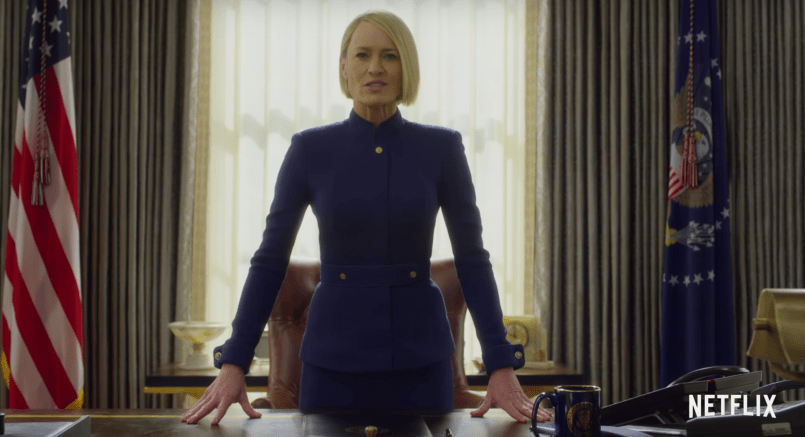 This fall, House of Cards will return for its sixth and final season. During tonight’s Academy Awards, Netflix previewed its award-winning political thriller with a brief teaser trailer, which you can watch below.

Not surprisingly, Robin Wright’s Claire Underwood is the focus of the trailer as she steps into the lead role/Oval Office following the dismissal of Kevin Spacey over accusations of sexual misconduct.

Not much else is known about the forthcoming season, though Diane Lane and Greg Kinnear were recently announced as new cast members.