Another track from the indie band's upcoming record, In the Rainbow Rain 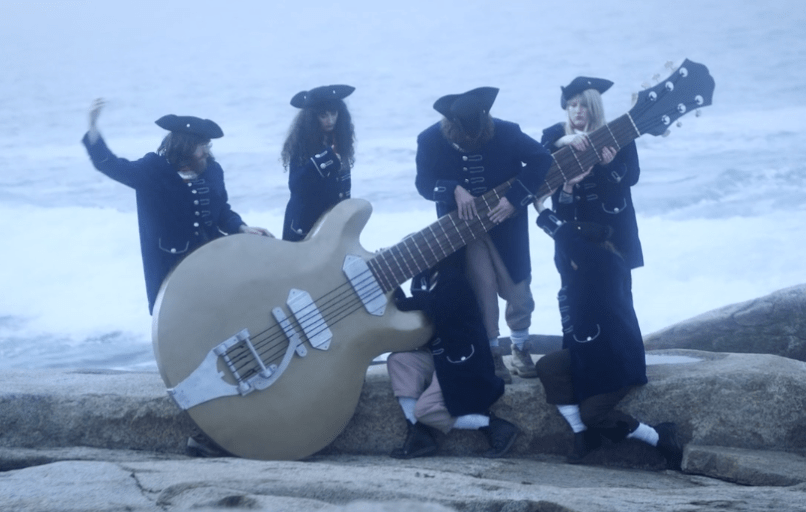 Okkervil River will return on April 27th with their newest album, In the Rainbow Road, via ATO Records. Lead single “Don’t Move Back to L.A.” was gentle cruiser of a track, despite the album being described as the band’s “most immediate — and meaningful — album to date.” New single “Pulled up the Ribbon”, however, definitely fits that press description.

In fact, “Pulled up the Ribbon” could be one of Will Sheff’s grandiose compositions ever. Guitars ring out like giant bells, their vibrations crashing up against intent bass and percussion like swelling waves upon the shores. Which makes the visuals of the accompanying Christopher Good-directed video all that more apt. The clip is a conglomeration of Late Middle to Early modern age iconography, with the band alternatively dressed like they’re righting in the Hundred Years’ War or the American Revolution. There’s even a shot of mermaids as a Revolutionary military band, fife and all.

Okkervil River will tour In the Rainbow Road this summer; find their schedule here.