Paul McCartney participates in March For Our Lives: “One of my best friends was killed in gun violence”

The former Beatle marched in remembrance of his former bandmate, John Lennon 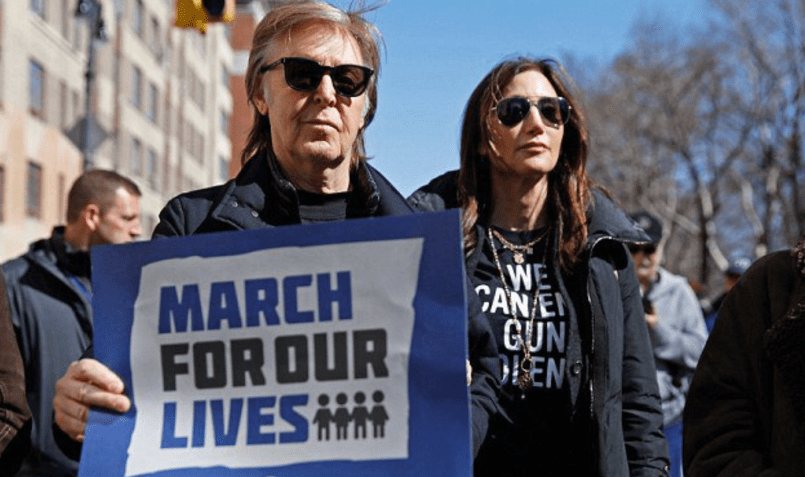 Paul McCartney at March For Our Lives

Today, hundreds of thousands of people from all over the US took to the streets to protest gun violence and to call for stricter gun control measures. Among those who participated in the New York City March For Our Lives was Sir Paul McCartney.

The former Beatle knows first hand the impact of gun violence, as his bandmate John Lennon was assassinated by a gunman in 1980. “One of my best friends was killed in gun violence right around here, so it’s important to me,” he explained in an interview with CNN.

"One of my best friends was killed in gun violence right around here, so it's important to me," says Paul McCartney, remembering his Beatles bandmate John Lennon at the March for Our Lives in New York City https://t.co/u4aBKWC1Jb pic.twitter.com/8Jnjn8A3xH